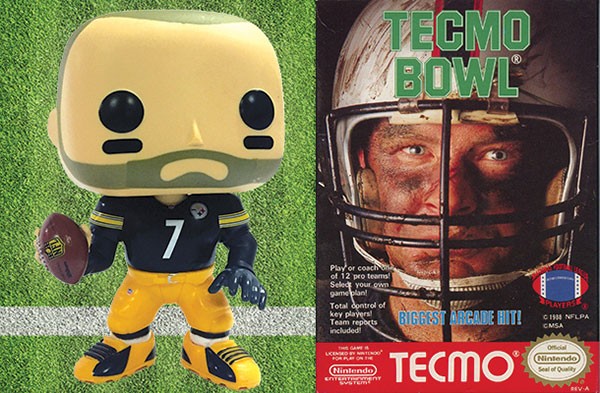 Everyone loves the square-headed Funko vinyl figures like the ones featured on the cover of this week’s edition. I like them, too, as anyone who has seen the cabinet surrounding my desk can attest. I think they’re great conversation pieces, which is why we featured them on the cover, but as far as “action figures” go, these doe-eyed vinyl creations leave a lot to be desired. In fact, except for the John Madden video-game series, NFL-related toys haven’t been that exciting. However, there are a few NFL-based toys and games that have reached iconic status. Here are a three of my favorites.

Starting Lineup figures (pre-Todd McFarlane): Long before McFarlane (the comic-book artist famous for creating Spawn) started making super-detailed, high-falutin’ versions of these figures, children of the 1980s couldn’t get enough. They had some detail, but the hands were molded together, and under one foot was a big glob of green plastic to make them stand up. They only make stars now, but back then I was the proud owner of both Bryan Hinkle and Thomas Everett.

Tecmo Bowl: There’s no denying that Madden football is awesome. But for those of us with a Nintendo back in the day, Tecmo Bowl was the greatest thing we’d ever seen. It was the first game to feature actual player rosters. Every weekend, a dozen guys would gather in my dorm room (I had the Nintendo) and see how many touchdowns we could score with Bo Jackson.

NFL Action Team Mate from Sears: It took me awhile to find anything about these figures because up until a few years ago, I just assumed Santa made them in his workshop. But they were sold by Sears and were nondescript except for the uniforms; you also got interchangeable numbers to make them your favorite player. These things were fully posable, with what seemed like 30 joints. So when your Jack Lambert figure tackled your Roger Staubach figure, you could contort his body like it got hit by a truck.