Furries are artists, and Anthrocon is their Sotheby's 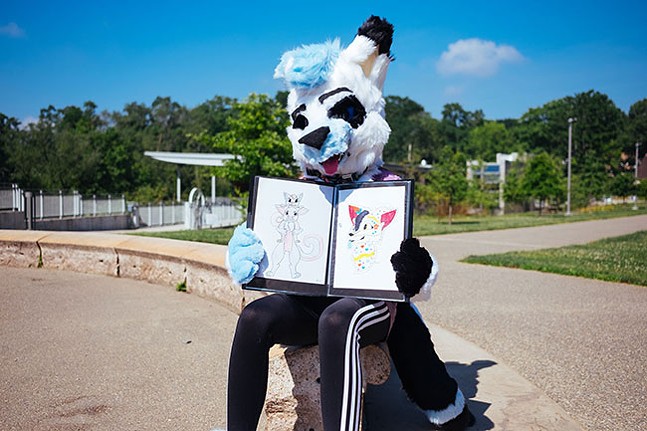 Furry culture tends to attract creative types. Unlike most other fandoms, furries are both the creators and the consumers of their culture. They're in charge of creating their own costumes, literature, and art. At least that’s according to Eric Zawrotny, a furry and Anthrocon artist from Brighton Heights.

“Being able to create your own material in a very do-it-yourself fandom, it really draws artists in,” says Zawrotny.

Zawrotny has been a furry since 2001 and dresses in a mascot-like fursuit as Sebastian Silverfox, a “fursona” based on the kitsune, a mythical Japanese fox creature with multiple tails. He’s been attending Anthrocon on and off since 2003, where he sells and auctions off watercolor paintings of what he calls “more stylized wildlife.”

One new artist showing at the 2019 Anthrocon, taking place from July 4-7 at the David L. Lawrence Convention Center, is 12-year-old Ava Wos of Penn Hills. She became interested in furries when she turned 11 years old and has since adopted a wolf-fox fursona named Akela. She also has multiple sketchbooks filled with furry pencil sketches, both personal and commissioned, some of which will be at the convention this year.

“I’ve always been interested in art,” says Wos. “I’ve been drawing since I was around three. I draw all kinds of different characters.”

Another Anthrocon artist, Caitlin Stone, believes the convention offers a ton of opportunities for attendees to both buy and sell work.

“A big chunk of Anthrocon’s floor space is dedicated to artwork in its various forms,” says Stone, a Shaler resident and self-described “Jill of all trades” who specializes in bird-based multimedia artwork. She has a variety of fursonas that incorporate her own handmade ears and tails, as well as other elements like a floor-length cape with moth wings. This year, she plans on attending the convention dressed in a raven mask and arm wings.

In the past, Stone has contributed her mixed-media sculptures – sort of stuffed animals with soft, posable bodies and sculpted elements like heads, horns, and claws – to Anthrocon’s Art Show, where guests can bid on original or limited edition pieces.

Last year, she donated a griffin sculpture to the convention’s charity auction, which bids off pieces to raise money for animal charities and rescue groups in Western Pennsylvania.

There’s also the dealer room for full-time arts vendors and the more casual Artists Alley for those with a limited inventory or who can only reserve a booth for one or two days. 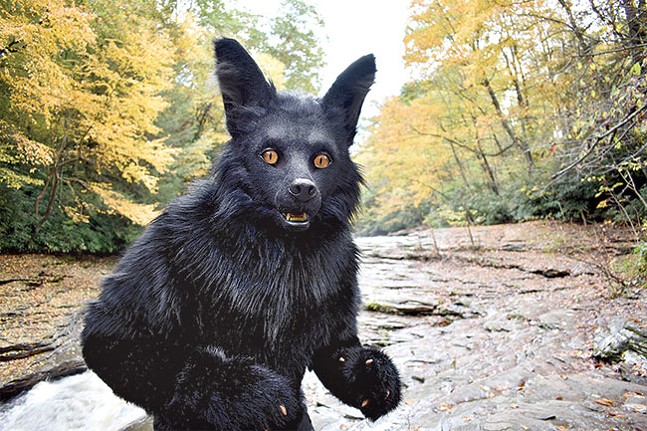 Jennifer Opferman, owner of The Garment Goddess, started selling her hand-sewn ears, tails, and other costume items at Anthrocon six years ago. She also sells at other local fan conventions like Tekko, but looks forward to Anthrocon each year.

“I always have other vendors be like, ‘Oh, you’re doing the furry convention?’” says Opferman, “And I always tell them that it is the highest-grossing convention I work.”

A third of her sales are commissions, including one instance when she made a four-foot long possum tail for a customer.

For the first time this year, Opferman expanded her offerings with leather dragon-wing necklaces and floral headbands outfitted with fake antlers, the latter of which sold out when she debuted them at Tekko. 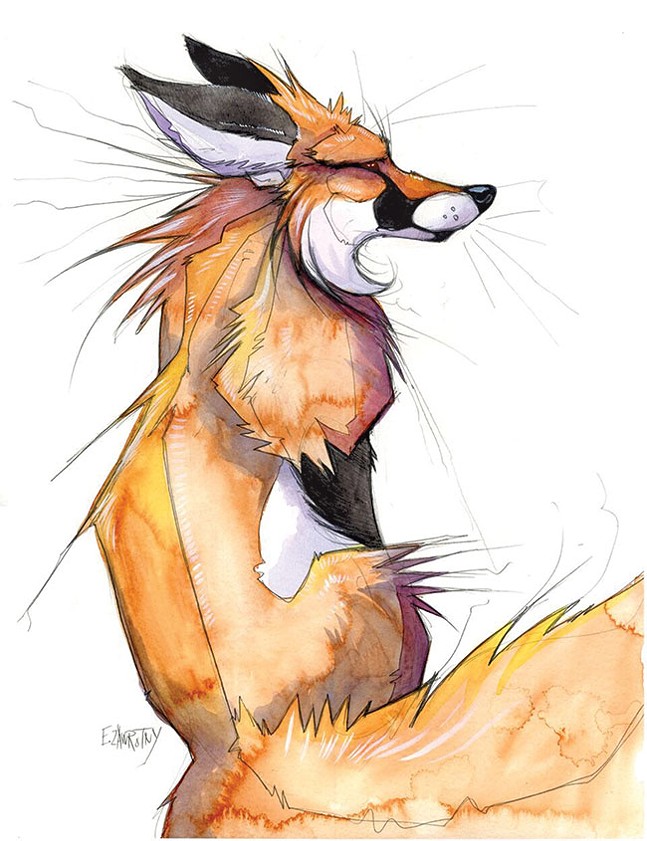 Opferman says she feels embraced by the Anthrocon community, despite not being a furry herself (though she does dress in costume at the convention). This sentiment is echoed by newcomer Wos, who is excited to experience what will be her first Anthrocon.

“I like how welcoming everybody is and how friendly it is, and it’s fun because people who aren’t as outgoing and are introverted rather than extroverted, they can be more themselves with their costumes,” says Wos. “It’s kind of like cosplaying, where we can just be somebody else who also represents ourselves.”