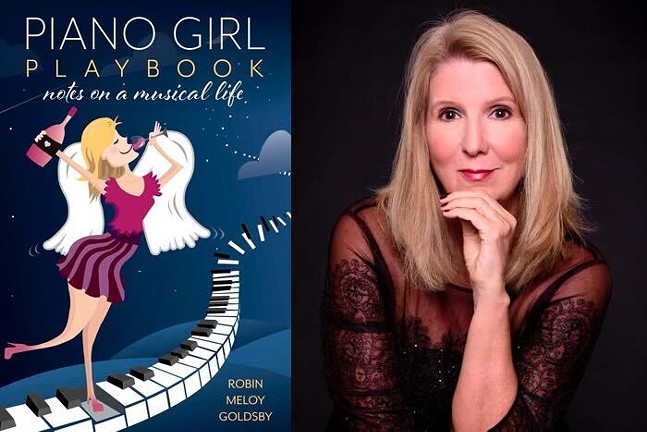 Piano Girl Playbook author Robin Meloy Goldsby
Robin Meloy Goldsby has arguably played more gigs than the Rolling Stones and Madonna combined. Her schedule rivals the Grateful Dead in its heyday, with around 200 performances per year. And the diversity of the venues she’s played range from a command performance at Buckingham Palace to a hotel lounge near the Newark airport.

“It’s not like all of a sudden you can play better because you’re in Buckingham Place,” says Goldsby, a Pittsburgh native who released Piano Girl Playbook: Notes on a Musical Life (Backbeat Books) late last year. “It’s the context that changes. I don’t change as a musician. Sometimes it can be challenging to filter our all the weird stuff that’s happening around and just remember to stay true to your core and do what it is that know how to do.”

Piano Girl Playbook is the sequel to Goldsby’s 2005 release, Piano Girl: A Memoir. That book followed Goldsby’s rise to acclaim as a premier concert pianist and composer who has earned a global reputation, with more than 170 million followers on Pandora. A graduate of the former South Hills High School and Chatham College, Goldsby moved to New York City in 1980. Since then, she’s played venues in Marrakesh, Vilnius, Paris, Oslo, Stockholm, and Dublin, and performed for former German chancellors Angela Merkel and Helmut Schmidt, in addition to the Prince of Wales and 250 guests at a charity event in 2017.

Goldsby writes:
With the assistance of a piano, a great music teacher, and a lot of grit, I’ve made my way from Pittsburgh to the palace. Banksville to Buckingham. Kennywood to Kensington. Mount Washington to Mountbatten. Right now, I am about as far as I can get from Kaufmann’s clock. Not a jagoff in sight.

Currently the featured pianist at Excelsior Ernst Hotel in Cologne, Germany, and a Steinway Artist, Goldsby found that after her first memoir, there were more stories worth telling.

“You’re trained as a musician to start memorizing things early on,” she says. “So, your whole memory muscle is really conditioned. And then if you start connecting the things that happened to you with the music, those memories get built into the music itself.”

It also helps that music tends to lend itself to “crazy stuff” happening. The non-linear life of a musician precludes the A to B to C kind of progression of many careers. Goldsby instead describes her career as being “like pure sugar. It’s all over the place. And that keeps things really fascinating, and in a way challenging.”

Goldsby attributes much of her outlook — including her zesty, sometimes ribald humor — to her father, Bob Rawsthorne, the noted Pittsburgh drummer who was a regular performer on Mister Rogers’ Neighborhood. Rawsthorne, now 87, won a 2021 Grammy Award for Best Historical Album as a member of the Johnny Costa Trio for It’s Such a Good Feeling: The Best of Mister Rogers.

“He’s really funny,” Goldsby says of her father, noting that he didn’t even realize there was such an album until he was notified he’d won a Grammy. “I grew up listening to him tell stories about the music business, and I think what motivated me to start writing is because he doesn’t write stories, he’s not a writer. He’s got a very, very good ear.”

She adds that he’s “one of those guys you can sit with in a restaurant and entertain you for as long as you’re there with him.”

Throughout Piano Girl Playbook, Goldsby does the same thing: she entertains readers with a combination of whimsy and pathos, finely tuning her tales until they sing like one of her compositions.

But Goldsby insists her goal wasn’t self-serving; instead, she aims to illuminate the lives of musicians in general, to let readers know there’s much more going on than those precious moments on stage.

“All my books are written to dignify the profession of being a musician,” Goldsby says. “I’m really proud that I’ve been able to make a career out of it. And I hope to keep doing it for as long as I can.”

Recently, Goldsby organized a fundraising drive to help women and children arriving in Cologne fleeing Ukraine. Through the American International Women’s Club Cologne, donations are being accepted to help refugees fleeing from the conflict.

The distance between the German city and the Ukrainian border is 1,730 kilometers (slightly over 1,000 miles), but the war is always in the minds of Cologne residents, according to Goldsby.

“We are close enough to this horrifying mess for there to be a lot of concern,” she says.

Donations are being accepted via Paypal at treasurer@aiwccologne.org. 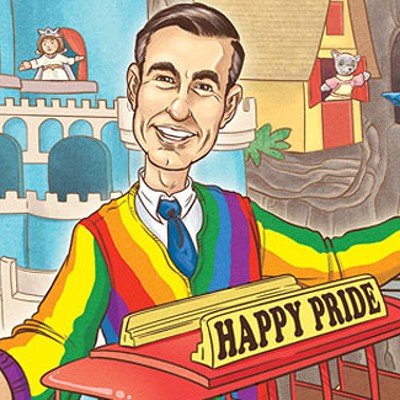