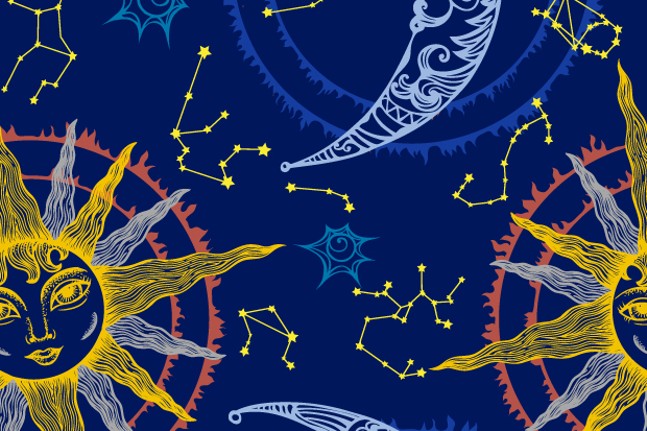 Until 1920, most American women didn't have the right to vote. For that matter, few had ever been candidates for public office. There were exceptions. In 1866, Elizabeth Cady Stanton was the first to seek a seat in Congress. In 1875, Victoria Woodhull ran for president. Susanna Salter became the first woman mayor in 1887. According to my analysis of the astrological omens, Sagittarius, 2019 will be a Stanton-Woodhull-Salter type of year for you. You're likely to be ahead of your time and primed to innovate. You'll have the courage and resourcefulness necessary to try seemingly unlikely and unprecedented feats, and you'll have a knack for ushering the future into the present.

Studies show that the best possible solution to the problem of homelessness is to provide cheap or free living spaces for the homeless. Not only is it the most effective way of helping the people involved; in the long run, it's also the least expensive. Is there a comparable problem in your personal life? A chronic difficulty that you keep putting band-aids on but that never gets much better? I'm happy to inform you that 2019 will be a favorable time to dig down to find deeper, more fundamental solutions; to finally fix a troublesome issue rather than just addressing its symptoms.

Many people in Iceland write poems, but only a few publish them. There's even a term for those who put their creations away in a drawer rather than seeking an audience: skúffuskáld, literally translated as "drawer-poet." Is there a comparable phenomenon in your life, Aquarius? Do you produce some good thing but never share it? Is there a part of you that you're proud of but keep secret? Is there an aspect of your ongoing adventures that's meaningful but mostly private? If so, 2019 will be the year you might want to change your mind about it.

Scientists at Goldsmiths University in London did a study to determine the catchiest pop song ever recorded. After extensive research in which they evaluated an array of factors, they decided that Queen's "We Are the Champions" is the song that more people love to sing than any other. This triumphant tune happens to be your theme song in 2019. I suggest you learn the lyrics and melody and sing it once every day. It should help you build on the natural confidence-building influences that will be streaming into your life.

Consumer Reports says that between 1975 and 2008, the average number of products for sale in a supermarket rose from about 9,000 to nearly 47,000. The glut is holding steady. Years ago you selected from among three or four brands of soup and shampoo. Nowadays you may be faced with twenty varieties of each. I suspect that 2019 will bring a comparable expansion in some of your life choices, Aries—especially when you're deciding what to do with your future and who your allies should be. This could be both a problem and a blessing. For best results, opt for choices that have all three of these qualities: fun, usefulness, and meaningfulness.

People have been trying to convert ordinary metals into gold since at least 300 AD. At that time, an Egyptian alchemist named Zosimos of Panopolis unsuccessfully mixed sulfur and mercury in the hope of performing such magic. Fourteen centuries later, seminal scientist Isaac Newton also failed in his efforts to produce gold from cheap metal. But now let's fast forward to twentieth-century chemist Glenn T. Seaborg, a distinguished researcher who won a share of the Nobel Prize for Chemistry in 1951. He and his team did an experiment with bismuth, an element that's immediately adjacent to lead on the periodical table. By using a particle accelerator, they literally transmuted a small quantity of bismuth into gold. I propose that we make this your teaching story for 2019. May it inspire you to seek transformations that have never before been possible.

United States President Donald Trump wants to build a concrete and fenced wall between Mexico and America, hoping to slow down the flow of immigrants across the border. Meanwhile, twelve Northern African countries are collaborating to build a 4,750-mile-long wall of drought-resistant trees at the border of the Sahara, hoping to stop the desert from swallowing up farmland. During the coming year, I'll be rooting for you to draw inspiration from the latter, not the former. Erecting new boundaries will be healthy for you—if it's done out of love and for the sake of your health, not out of fear and divisiveness.

Cancerian poet and filmmaker Jean Cocteau advised artists to notice the aspects of their work that critics didn't like—and then cultivate those precise aspects. He regarded the disparaged or misconstrued elements as being key to an artist's uniqueness and originality, even if they were as-yet immature. I'm expanding his suggestion and applying it to all of you Crabs during the next ten months, even if you're not strictly an artist. Watch carefully what your community seems to misunderstand about the new trends you're pursuing, and work hard to ripen them.

In 1891, a 29-year-old British mother named Constance Garnett decided she would study the Russian language and become a translator. She learned fast. During the next forty years, she produced English translations of 71 Russian literary books, including works by Tolstoy, Dostoyevsky, Turgenev, and Chekhov. Many had never before been rendered in English. I see 2019 as a Constance Garnett-type year for you, Leo. Any late-blooming potential you might possess could enter a period of rapid maturation. Awash in enthusiasm and ambition, you'll have the power to launch a new phase of development that could animate and motivate you for a long time.

I'll be bold and predict that 2019 will be a nurturing chapter in your story; a time when you will feel loved and supported to a greater degree than usual; a phase when you will be more at home in your body and more at peace with your fate than you have in a long time. I have chosen an appropriate blessing to bestow upon you, written by the poet Claire Wahmanholm. Speak her words as if they were your own. "On Earth I am held, honeysuckled not just by honeysuckle but by everything—marigolds, bog after bog of small sundews, the cold smell of spruce."

"Be very, very careful what you put into that head, because you will never, ever get it out." This advice is sometimes attributed to sixteenth-century politician and cardinal Thomas Wolsey. Now I'm offering it to you as one of your important themes in 2019. Here's how you can best take it to heart. First, be extremely discerning about what ideas, theories, and opinions you allow to flow into your imagination. Make sure they're based on objective facts and make sure they're good for you. Second, be aggressive about purging old ideas, theories, and opinions from your head, especially if they're outmoded, unfounded, or toxic.

Memorize this quote by author Peter Newton and keep it close to your awareness during the coming months: "No remorse. No if-onlys. Just the alertness of being." Here's another useful maxim, this one from author Mignon McLaughlin: "Every day of our lives we are on the verge of making those slight changes that would make all the difference." Shall we make it a lucky three mottoes to live by in 2019? This one's by author A. A. Milne: "You're braver than you believe, and stronger than you seem, and smarter than you think."