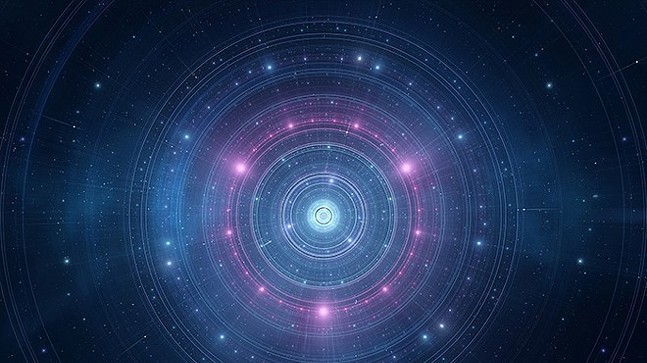 LEO (July 23-Aug. 22):"If we wait until we are ready, we will be waiting for the rest of our lives," declared novelist Lemony Snicket. This is good advice for you to heed right now. I really hope you avoid the temptation to wait around for the perfect moment before you begin. In my vision of your best approach, you will dive into the future without trying to have all your plans finalized and all your assets gathered. I expect you will acquire the rest of what you need once the process is underway.

VIRGO (Aug. 23-Sept. 22):
Author Katherine Mansfield once told her friend Virginia Woolf, "You put me in touch with my own soul." I'm sorry Mansfield didn't previously have that precious connection, but I'm elated that Woolf helped her make it. In the coming weeks, I expect you will encounter an abundance of influences like Woolf: people and animals and places and experiences that can bring you into more intimate contact with your soul. I hope you take full advantage.

LIBRA (Sept. 23-Oct. 22):
At the age of 70, Libran novelist Magda Szabó mused, "I know now, what I didn't then, that affection can't always be expressed in calm, orderly, articulate ways; and that one cannot prescribe the form it should take for anyone else." In that spirit, Libra, and in accordance with astrological omens, I authorize you to express affection in lively, unruly, demonstrative ways. Give yourself permission to be playfully imaginative, exuberantly revelatory, and vivaciously animated as you show the people and animals you cherish the nature of your feelings for them.

SCORPIO (Oct. 23-Nov. 21):
Do you Scorpios lie to yourselves more than the other signs lie to themselves? Are you especially prone to undermine yourselves through self-deception? I don't think so. However, you might be among the signs most likely to mislead or beguile other people. (But here's a caveat: On some occasions, your trickery is in a good cause, because it serves the needs of the many, not just yourself.) In any case, dear Scorpio, I will ask you to minimize all such behavior during the next five weeks. I think your success will depend on you being exceptionally honest and genuine — both to yourself and to others.

SAGITTARIUS (Nov. 22-Dec. 21):
"I like being broken," says Sagittarius actor Jamie Campbell Bower. "It means I can have chocolate for breakfast." I guess that when he feels down, he gives himself special permission to enjoy extra treats and privileges. According to my assessment of the astrological omens, you now have the right to give yourself similar permission — even though I don't expect you'll be broken or feeling down. Think of it as a reward for the brave work you've been doing lately. Enjoy this chocolatey grace period!

CAPRICORN (Dec. 22-Jan. 19):
Abraham Joshua Heschel (1907–1972) was a Jewish theologian born under the sign of Capricorn. He wrote, "Indifference to the sublime wonder of living is the root of sin." That's a different definition of sin from what we're used to! To be a moral person, Heschel believed, you must be in "radical amazement" about the glories of creation. I hope you will cultivate such an attitude in the coming weeks, Capricorn. It would be a mistake for you to numbly take things for granted. I dare you to cultivate as much awe, reverence, and adoration as you can muster.

AQUARIUS (Jan. 20-Feb. 18):
A blogger who calls herself Hopeful Melancholy wrote a message to her lover. She said, "My favorite sexual position is the one where you work on your paintings and I work on my book, but we're in the same room and occasionally smile at each other." You might want to consider trying experiments comparable to that one in the coming weeks, Aquarius. The time will be fertile for you and your dear allies to work side-by-side; to cheer each other on and lift each other up; to explore new ways of cultivating companionship and caring for each other.

PISCES (Feb. 19-March 20):
Dick Dudley was a 17th-century swindler. Among his many victims was the Pope. Dudley offered an item for sale that he claimed was a divine relic: a piece of the beard of St. Peter, founder of the Roman Catholic Church. The Pope paid Dudley a small fortune for the treasure, and kissed it copiously. Only later did the full story emerge: The so-called beard was in fact a sex worker's pubic wig. I hope you don't get involved in switcheroos like that anytime soon, Pisces. Make sure that the goods or services you're receiving — and offering, for that matter — are exactly what they're supposed to be.

ARIES (March 21-April 19):
A blogger who calls herself TheSaddestChorusGirlInTheWorld writes, "Having sex with someone is a big deal and involves a ton of vulnerability. And I think it's troubling and gross and unhealthy and, yes, dangerous that we pretend otherwise and encourage people to 'be mature' by compartmentalizing or completely eliminating their deeper emotions from their sexuality. And even worse, any other view is dismissed as prudish and invalid and unenlightened and restrictive." You may agree with everything TheSaddestChorusGirl says here. But if you haven't arrived at her conclusions, now is a good time to meditate on them. Why? Because your assignment in the coming weeks is to deepen and refine your relationship with your sexuality. Be extra reverent about your sensual longings. Ensure that your erotic activities serve your highest ideals and noblest goals.

TAURUS (April 20-May 20):
The popular American TV sitcom 30 Rock produced 138 episodes in seven seasons. At the height of its success, it crammed an average of 9.57 jokes into every minute. Its comic richness derived in large part from multi-talented Taurus star Tina Fey, who created the show and played one of its main characters. She was also a writer and executive producer. I propose we make her your role model in the coming weeks. According to my projections, you're entering a charismatic, ebullient, and creative phase of your astrological cycle. It's time to be generous to the parts of your life that need big happy doses of release and liberation.

GEMINI (May 21-June 20):
I got an email from a Gemini reader named Jaylah. She wrote, "Hi, not sure if you remember me, but in our past lives, you and I used to write sacred cuneiform texts on clay tablets while sitting across from each other in a cave in Mesopotamia 4,910 years ago. Your name was Nabu. Mine was Tashmetu. I was always a little jealous because you earned more money than I, but it didn't get in the way of our friendship. Anyway, if you ever want to catch up about the old days, give me a holler." I loved receiving this inquiry from a soul I may have known in a previous incarnation. And what she did by reaching out to me happens to be the perfect type of activity for you Geminis right now. Secrets of your history may be more available than usual. The past may have new stories to tell. A resource from yesteryear could prove valuable in the future.

CANCER (June 21-July 22):
Cancerian-born Franz Kafka was an interesting writer and a master of language. But even for him, it could be a challenge to convey what he really meant. He said, "I am constantly trying to communicate something incommunicable, to explain something inexplicable, to tell about something I only feel in my bones and which can only be experienced in those bones." Now here's the good news, as far as you're concerned, Cancerian: I suspect that in the coming weeks, you will have more power than usual to do exactly what Kafka aspired to do. You will be able to summon extra ease and grace in expressing your truths. I invite you to be a connoisseur of deep conversations.