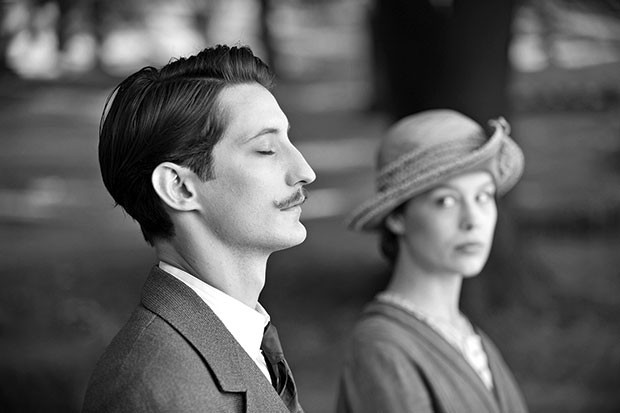 When the hell of war is over, a fresh chapter begins for those, both on and off the battlefield, who survived. No war is good, but the one we now call World War I left notable devastation: an entire generation of young men killed, injured or psychologically damaged, and a re-ordered Europe, in which economic and geopolitical tensions would lead to yet another multi-nation war in just a quarter century.

These threads run brightly through François Ozon’s drama Frantz, which is set in a small German town in 1919. There, a young woman named Anna (Paula Beer) lives with the parents of her dead fiancé, Frantz, who was killed in France. She dutifully tends his grave, and it’s there she encounters a young Frenchman, Adrien (Pierre Niney), placing flowers. Adrien explains that he and Frantz were friends in France, when Frantz was there as a student. Initially, Frantz’s parents are wary of Adrien — and angry; there is much resentment in town about the war, and already nationalist German groups are forming.

But the kind, sad, sensitive Adrien wins over the family, especially with his accounts of Frantz’s happy times in Paris, such as visiting the Louvre. Despite the lingering ill feelings between the two countries, could Adrien fill the void left behind by Frantz’s death, both for his parents and his fiancée? Things turn out to be not so simple.

Ozon’s film is beautifully photographed, shot in a lustrous black and white that occasionally shifts into color to denote the times when vitality returns to these shattered individuals. It’s a rather gentle, if quietly devastating, melodrama which explores this uneasy transitional moment — a bleak, backward-looking time dominated by grief, anger, confusion, guilt and a dawning sense of outrage at the futility of the loss. What has been gained by the death of so many? And is not the experience (or loss) of one young reluctant German soldier the same as that of his French counterpart?

The past seems inescapable, yet time moves on. Frantz depicts how inevitably some measure of healing and progress is necessary for these survivors, however imperfectly plotted their steps forward.