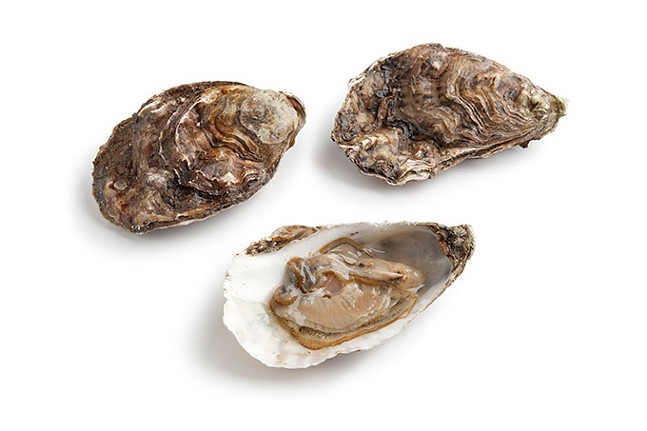 Recently, I was asked what sort of natural aphrodisiacs, such as specific foods or scents, work to heighten sexual arousal and increase libido. I had to admit that I really don’t know because, other than passing cultural references to things like oysters and chocolate, I had never given aphrodisiacs much thought. So, I did what any good sex writer would do: I did some research of my own, but I also reached out to my Twitter followers to ask them what has worked for them.

While many people, both on my Twitter feed and elsewhere, have experienced increased arousal in conjunction with the things listed above, the FDA doesn’t recognize any specific chemicals as natural aphrodisiacs. This is not to say that they don’t exist, but rather that libido is hard to define and even harder to study.

Some have suggested that it isn’t the chemical makeup of the food or other substances that contribute to increased libido, but rather that they are somehow sexually suggestive, thus activating the arousal system. The foods that most readily fall into this category are ones that approximate sexual organs. Oysters and figs, for example, are thought to look like vulvas; eggplant and cucumbers resemble penises; and avocados, especially since they grow in pairs and are wrinkly, conjure up images of testicles. It is no surprise that all of these foods are said to be aphrodisiacs.

There is much debate about whether or not aphrodisiacs work inherently, or whether consumers experience increased libido due to association or some sort of placebo effect. Given the uncertainty around how aphrodisiacs work, perhaps a more compelling question is what our interest in aphrodisiacs tells us about our cultural attitudes toward sex.

We tend to talk about aphrodisiacs in a relational way: they are date foods, meant to set the tone for sex. Historically, rituals using aphrodisiacs were often intimately connected to marriage and mating rites. And while having sexy time with our partners is indeed desirable, it seems to me like looking to aphrodisiacs both assumes that non-arousal in ourselves or our partners is a problem that we need to fix; and moreover, that we can fix this problem by taking short-cuts that don’t include the hard work of communicating, negotiating, and connecting with our partners.

It is natural for partners to have mismatched libidos. This can be frustrating on both ends. But this also assumes that sex needs to be symmetrical, an even exchange where both partners experience sex in the same way. In other words, it assumes that sex should be about mutual arousal and not about care for the other person and intimacy between partners.

Instead of focusing on aphrodisiacs as a solution, I wonder if we should instead explore the point of mismatched libidos within our relationships as a way of learning to meet each other’s needs in both sexual and non-sexual ways; to talk about giving and receiving pleasure that is compatible with whatever arousal level each partner has; and finding compromise that is sexy and fulfilling.