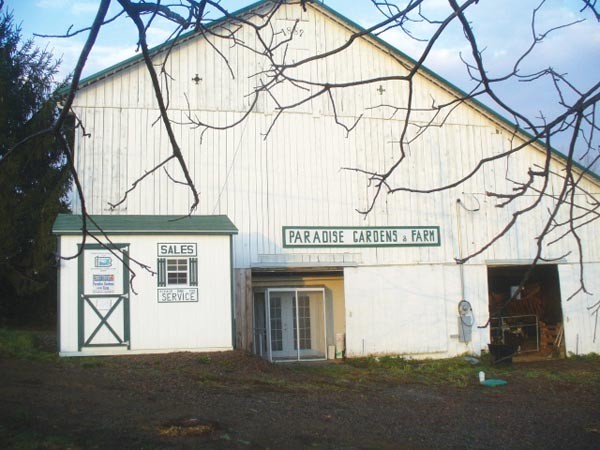 Photo courtesy of Stephen Cleghorn
Paradise Gardens and Farm in Jefferson County is available for a dream rental price: $750 a month.

When Stephen Cleghorn and Lucinda Hart-Gonzalez fell in love late in life, they both had established careers: he as a director of a nonprofit providing services to the homeless, and she as an academic director studying sociolinguistics.

The two city dwellers decided to follow Hart-Gonzalez' life-long dream: giving up all they knew to move to the country and live out their days on a farm. In 2005, they left Washington, D.C., and bought 50 acres in Jefferson County, turning it into a USDA-certified organic farm and goat-milk creamery they called Paradise Gardens and Farms.

"When we saw this property, it was so incredibly beautiful. We decided this is where we would make our stand," says Cleghorn, who adds that their investments include a $100,000 solar-electric and -thermal installation on a barn roof.

But Cleghorn, 63, has been running the farm alone this past year: Hart-Gonzalez died last November after being diagnosed with lung cancer five months earlier. And now their farm — with its 24 acres of fenced pastures, 22 acres of hay fields, a half-acre of garden plots and 36 pregnant goats — is available for rent.

The price seems like a dream itself. The land, plus the farm equipment and a three-bedroom, two-bath house, are available for $750 a month, plus utilities.

"It's a very nicely put-together farm that I think offers a great opportunity for some young farmer," Cleghorn says.

Cleghorn says the farm was breaking even, thanks to the sale of goat cheeses, drinkable yogurts and bottled milk. He adds that it could support other livestock like cattle, or pastured pigs or chickens.

Cleghorn plans to stay on the farm, in a separate house where he hopes to finish a book Hart-Gonzalez started. He says he'll help his renter any way he can.

"The long-term profit in this place is in the organic farming as well as nurturing a new generation of farmers," he says. "That's something Lucinda and I believed in deeply."