"I’m not in that place anymore, but I can full well fucking know what it’s like to go there.” 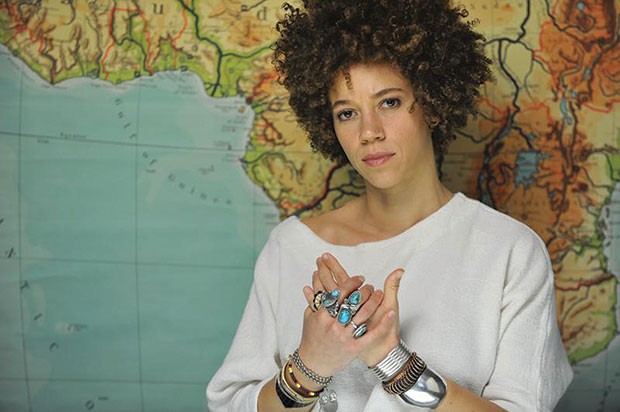 Over the course of her new full-length record, Silhouette of Sirens, Chastity Brown uses her soulful, smoky voice to spill every ounce of emotion out of her heart and into your ears.

The Minneapolis-based folk singer is a gifted lyricist who spends the 10 cuts on this record taking the listener on a journey filled with pain and angst, while not forgetting to describe the little pockets of joy and victory that helped her get through it all. So it’s curious that right before the last minute of the final cut, “Lost,” she stops singing.

Her last note drifts quietly into an organ solo by Tommy Barbarella, who previously played with Prince’s New Power Generation. It’s as if Brown suddenly lifts her foot off the gas pedal of a car at the end of a very long, but satisfying drive, and Barbarella’s slow, deliberate tones help you coast calmly to your destination.

In a record filled with great moments, this may be the greatest. It’s an unexpected ending that works too well to be accidental.

“That was definitely intentional,” Brown tells City Paper by phone. “Tommy had me sing that line to him, and he went into the solo. It was just like, that one last breath; and if you take it to the end, it doesn’t entirely resolve.

“My favorite novels, they don’t entirely resolve either. You are left with questions like, ‘Where does the story go from here?’ It is quite an emotional album, and I think the coolest thing about it is that it really reflects the time period when I felt like this. I’m not in that place anymore, but I can full well fucking know what it’s like to go there.”

Born in Tennessee, Brown moved to Minneapolis to focus on her music in 2006. She’s one of the best breed of new artists — grounded in traditional style, but with the talent and moxie to bend those sounds into something unique. Musically, she’s often compared to artists like Nina Simone, Roberta Flack and Richie Havens. But while her singing voice is extraordinary, it’s the influence of writers like James Baldwin, Alice Walker, Maya Angelou and Louise Erdrich that inspires her songwriting, which is where her grace and talent as an artist truly shine.

After three self-releases, Brown released her first label-backed record in 2012. Last year, she signed with the indie-roots powerhouse label Red House; Silhouette of Sirens is her first release in five years. Brown says the May 19 release and supporting tour is an “emotional and humbling” time for her. Recently, the record was featured on NPR’s First Listen, and the moment brought her to tears.

“You spend so much time on a body of work and then, boom, it’s out,” Brown says. “It’s like yesterday, it was in the dark, and now it’s not. When the record was featured on First Listen yesterday, it made me cry.”

“Everybody wants to be seen and I don’t mean that in a big way,” she says. “But in an ‘I exist and what you do matters’ sort of way. Next, with this style of music, I’m not a pop singer; folk musicians have to go out and earn their keep on the road. Now I get to go to cities, and go to towns, and ask folks to show up and let me sing to them a bit.”

One of the great dimensions of this record is that while not all of the stories told are autobiographical for Brown, the emotion that they emit are. But the stories are personal, she says, and “comprised from snapshots of memories both real and imagined.” Brown says the album is about heartbreak, but not necessarily the “heartbreak of a coupled relationship — just living life and the experiences that break your heart.”

“Myself, in particular, but anyone who has struggled with the waxing and waning of their mental health, that’s a real thing. It’s not a thing to sell records. It’s not a thing to fuck with, but it made me very vulnerable, and it opened up something in me to try and give breath to those types of stories to share with other people.”

She continues, “I don’t think there’s a single person who doesn’t know what it’s like to feel like a wound from their past can burst open and catch you off guard. We all carry those wounds. I had a very abusive stepfather, and that shit will just pop up some time.”

However, Brown emphasizes that those precise experiences are not what the record is about. The record is inspired by the pain, whatever the cause, of “having my heart split open.”

“You realize you’re in a different place, but somehow that wound still brings up questions,” Brown says. “And people always say that classic thing to you: ‘Well, just let it go.’ And it’s like, ‘Well, fuck you, man.’ If I could let it go, I would.”

And while she wouldn’t trade the pain and the understanding it has brought to her, Brown says she’s in a different place now, and it’s a better place. In fact, several times during our phone conversation, birds can be heard cheerfully singing in the background, an aural representation of where she is as she prepares for the launch of a project she’s proud of.

She says: “In James Baldwin’s essay ‘The Artist’s Struggle for Integrity,’ he says, ‘I tell you my pain so that I might relieve you of yours.’ So, I just decided, I had to go the honest route.”

Guitarist Bill MacKay and the creative magic of Pittsburgh