Five Reasons the 2014 Steelers are headed for disaster

The Black-and-Gold could be facing a transition year — again

Photo by Heather Mull
The young Steelers defense could find itself manhandled all season long.

Prior to the start of the 2013 season, there were a lot of questions surrounding the Steelers, who had gone 8-8 the previous year. The running game had been nonexistent, quarterback Ben Roethlisberger spent a lot of time on his back and a lot of time arguing with offensive coordinator Todd Haley. There had been key free-agent losses, like receiver Mike Wallace, while the defense was getting older and slower.

But during last year's training camp, you'd have been hard-pressed to find a player willing to say the Steelers were in trouble. "We don't rebuild," cornerback Ike Taylor said at the time. "We reload."

But after going 8-8 again last year, it seemed like the team had been loading up with blanks. And this year, rebuilding looks like the team's only option.

There's a good chance the Steelers can improve upon last year's performance, but a lot has to go right. And if the team's third preseason game — the traditional bellwether for how a team will look in the regular season — was any indication, missing the playoffs for the third straight year is as real a possibility as being the next AFC champions. Factor in a late-breaking off-field distraction — a traffic stop in which marijuana was found in a car containing starting running back Le'Veon Bell and backup LaGarrette Blount— and the negative vibes start to stack up.

Here are five reasons the Steelers could falter this year: 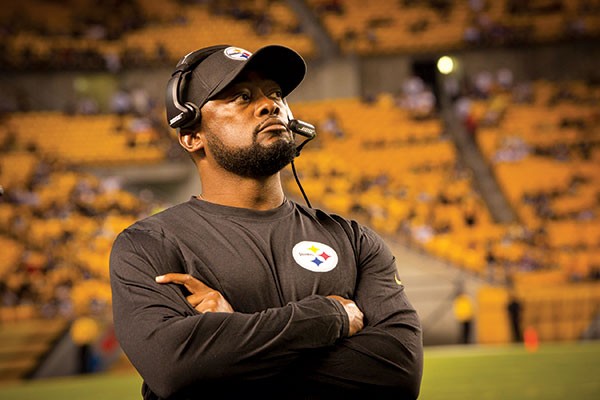 When it comes to the team's success or failure, Mike Tomlin will always be the guy to get the credit and the blame. And for the past few years, he's been heaped with the latter. Despite the fact that Tomlin has never had a losing season, fans have shown little patience with the seventh-year head coach. At times, he has made it easy to question his judgment. Last season, he stepped onto the field in front of an opposing player who was streaking toward the end zone, resulting in a $100,000 league fine. In 2009, after an overtime loss to the Ravens, Tomlin famously told reporters he would "unleash hell in December." The team then lost the next two games — to lackluster Oakland and Cleveland.

"We're here to build our team for 2014," Tomlin said during his first training-camp press conference. "I'm singularly focused on the now. ... We don't need to carry last year's baggage, and I say that every year regardless of what transpired last year."

Still, Tomlin does seem to get in his own way at times. And if his young team finds itself struggling in late October, it's just as easy to imagine him wrecking the ship as righting it. 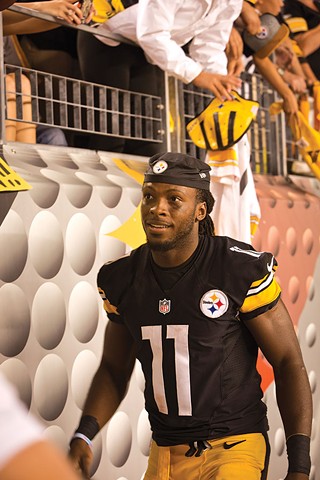 Prior to the 2012 season, it would have been hard to find a trio of receivers more talented than the Steelers' Mike Wallace, Antonio Brown and Emmanuel Sanders. Wallace and Sanders are gone now, and while Brown is a superstar, he's going to find himself in a lot of double-coverage this year: The Steelers lack a strong threat on the other side of the field to take the pressure off. Tight end Heath Miller has had a pretty good preseason, but he's not going to draw much attention from the one guy that opposing teams know can hurt them most.

A strong second and third receiver are also crucial to an effective no-huddle offense, which the Steelers figure to run with gusto this season. What the Steelers have instead is veteran Lance Moore, who is fighting to become the third receiver behind second-year man Markus Wheaton ... and while Wheaton comes with a lot of upside, he's shown little sign of being that second-threat receiver.

"[Wheaton] is going to be key, because if we don't have another receiver, then people can just watch Brown," Roethisberger said early in training camp. "We all see what Brown can do in a game, so we need Markus to step up. We can't afford for teams to put three guys on [Brown]."

Add to the mix rookie Martavis Bryant, second-year man Justin Brown and third-year receiver Brandon Moye and you've got a lot of hope for the future ... but maybe not much promise for this season.