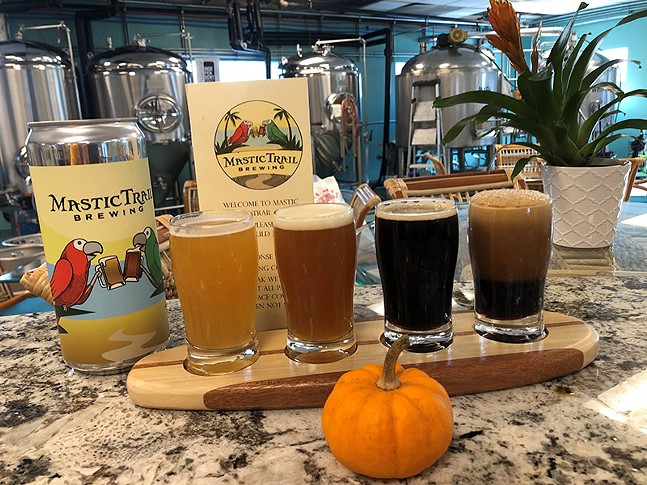 Photo: Courtesy of Mystic Trail Brewing
2020 was a big year for Pittsburgh beer. Existing breweries were forced to close their taprooms and implement, if they hadn’t already, online ordering systems. They mastered the art of online can releases, opened outdoor beer gardens, and collaborated with other breweries, giving support to social justice movements and industry folks in need across the state and globe.

And, even in the middle of a pandemic, the Pittsburgh beer scene continued to grow.

Pittsburgh City Paper has compiled a list of five breweries that opened their doors in 2020. Find yourself a new brew at one of these spots in and around the city, and keep an eye out in 2021 — there’s more openings to come.

555 Wildwood Ave., Verona. acclamationbrewing.com
Opened in July, Acclamation Brewing Co. focuses on “sessionable beers and other fermentables.” Breweries in Pennsylvania reports that they brew on a three-barrel system, and, when available, seat about 20 people inside the taproom. Plus, they’re a ten-minute walk away from another Verona staple, Inner Groove Brewing.

1055 Waterdam Plaza, Peters Township. mondays.beer
Mondays Brewing is named for just that: Mondays. The Peters Township brewery is open on Mondays, a typically silent day in the food industry. Mondays brews on a 5-barrel system, according to Breweries in Pennsylvania, and is currently offering crowlers and four-packs to-go.