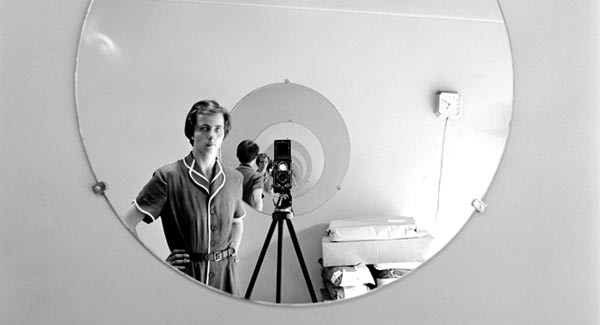 It's the stuff of legend: A man buys a box of negatives at auction and discovers the lifelong work of an unknown but extraordinarily talented photographer who had lived a quiet life as a Chicago nanny. John Maloof and Charlie Siskel's documentary recounts the tale of Vivian Maier, filling in as much detail as Maloof, the purchaser of the negatives and other portions of Maier's estate, could uncover. That is supplemented with contemporary interviews with Maier's former employers and charges.

It's a story riddled with holes and unanswered questions, but still pretty fascinating. The film is mostly speculation, based on anecdotal evidence, about who Maier was and why she pursued photography. We may never know how or why this woman, described as aloof and brusque, had such a sensitivity for photographing Chicago's invisible multitudes (winos, children, workers, the elderly). Even uncovered facts, such as evidence of her solo trip around the world in 1959-60, just add to the mystery.

In the end, one is left with a few, but irrefutable truths: Maier took fantastic photos, and through a lucky twist of fate, they were rediscovered for us to enjoy. That'll have to do.