“There are times that you can look in a man’s eyes and it’s not a number.” 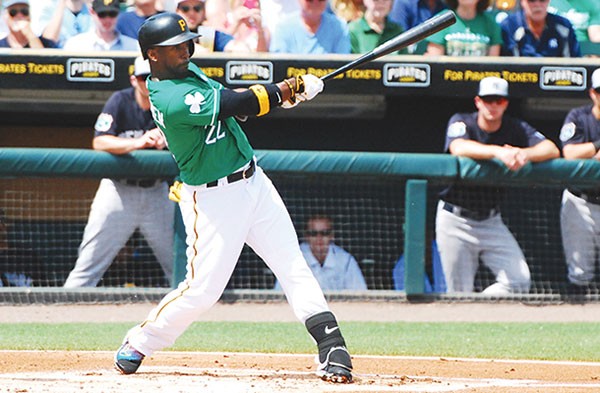 If you’ve seen the film Moneyball, or even paid attention to baseball with half an eye open, you know the role that data analysis plays in the formation of just about every Major League Baseball team.

The Pittsburgh Pirates are no different. Last year, the Pittsburgh Tribune-Review’s Travis Sawchik wrote an excellent book, Big Data Baseball, about how the Pirates used metrics to turn the team from a 20-year loser into a winner.

Watch any Pirates game and at some point you’re bound to see a weird shift or two by the fielders. Maybe they load up the right side, maybe the left; the shortstop is positioned differently. These aren’t arbitrary decisions. They’re choices based on statistical analysis, and the Pirates have been doing it a lot since 2013.

Sure, it looks odd to have your third baseman playing somewhere other than third, but shifting your fielders based on what the data tells you works for the Pirates way more than it doesn’t. But aren’t some canons of baseball management too sacred to mess with? Apparently not. On March 15, Pirates manager Clint Hurdle had Andrew McCutchen, unarguably his best hitter, batting second. Even Hurdle admits that it flies in the face of everything managers have done for years. 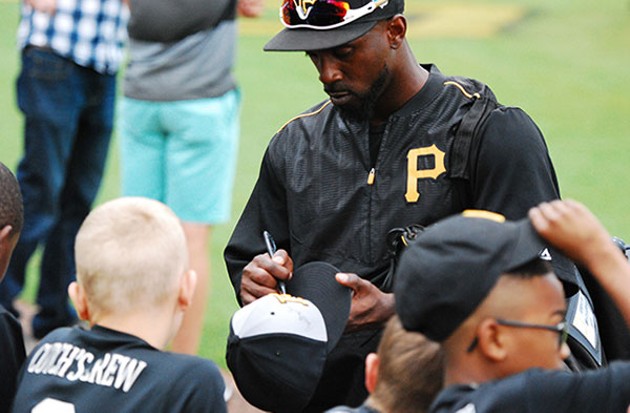 “That’s the biggest challenge for me,” Hurdle says. “For 47 years, the baddest guy in the game hits third, and that started to flip a few years ago.

“As you look at it, as you look at the metrics, it makes some sense. So I have to rearrange my thinking on it and decide what’s best for the team. Seeing Andrew McCutchen hit second is one of the things we want to look at.”

McCutchen homered the first day of this experiment, and came out and did the same thing on the second. McCutchen says he’s not sure if he’s sold, but he agrees it’s something that needs to be explored.

“It’s something we’re experimenting with and I’m all in,” McCutchen says. “I was told a stat that I was second in the league in hitting with two outs and no runners on base, behind [Arizona’s Paul] Goldschmidt.

“I don’t know the numbers, but they’re saying this could possibly help. So if it can help then I’m all for that.”

Even a cursory review of the idea seems to make sense: McCutchen has the team’s highest on-base percentage and is a strong base-runner who is capable of swiping bags. That means he can help the team more by getting on base with good hitters behind him than by getting on with two outs and nobody on.

Hurdle said he began paying attention to the numbers the year he got fired in Colorado. At that time, “the numbers were just starting to trickle in in Colorado.” The next season Hurdle found himself as an analyst for MLB Network, and that really changed things.

“That year I spent at MLB Network was like free play,” Hurdle says. “I was leery at first to go into the back room, but I had nowhere to go, I had nothing to do. So I started talking to the guys and digging into the stats and it opened my eyes and just got a sense that ‘the game’s going here,’ because too many times it just makes sense.

“But the hard part for the guys cranking the numbers is they don’t put a human being to it. It’s like tears with no emotion.”

So while statistical analytics can be a great help, figuring out how to balance what the numbers tell you with what your gut says is a baseball question that can’t be answered numerically.

“I don’t know,” Hurdle says when asked what percentage of his decisions are based on numbers versus his heart and mind. “There are human analytics that I trust based on 41 years in this game. If I can’t trust those, I need to get out. If I become nothing more than a number-cruncher, I need to get out.

“Because there are times that you can look in a man’s eyes and it’s not a number. It’s a look; it’s an edge; it’s a hunger that’s real that you want to honor and represent.”

And while he’s buying into the change in the batting order, McCutchen agrees with Hurdle’s assessment.

“Numbers are good, but someone told us once, ‘You can’t put numbers to your heart’ and I believe that’s true,” he says. “I don’t mind the metrics, but numbers can’t control the game.

“I mean, if numbers mattered that much, you should be able to know who’s going to win the World Series by looking at the contracts. Numbers can’t solve everything.