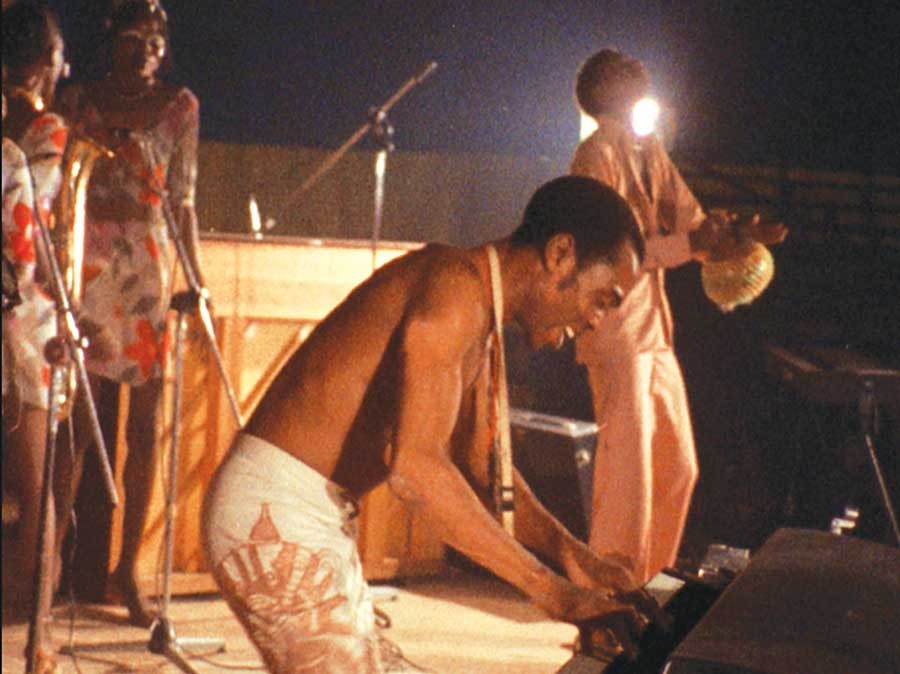 Alex Gibney's two-hour Fela Kuti documentary is both about the originator of Afrobeat music himself and about Bill T. Jones's smash Broadway musical, Fela! In less capable hands, it could have been too much, but Gibney navigates Fela and Fela! deftly, using each to inform the other. While there are a few of the stock talking heads to connect nonpartisans to the subject (Paul McCartney, the omnipresent Questlove), the film relies mostly on Kuti's close associates (and many offspring), and on Jones and his partners as they stage the musical. Gibney doesn't deify, exploring Kuti's problematic relationship with women in general and with his dozens of wives. The film also depicts the irony of a man who didn't take the African AIDS epidemic seriously — and who believed he'd live another century at least — dying in his 50s of AIDS. But in the end, Gibney paints a sympathetic picture of a larger-than-life figure — clashes with police, colorful jumpsuits, half-hour-long songs — whose defining relationship was with his mother.