“It’s not a competition, but it becomes this steeplechase to see, like, ‘how much am I going to commit to this, be this character, and [present] this band accurately?’" 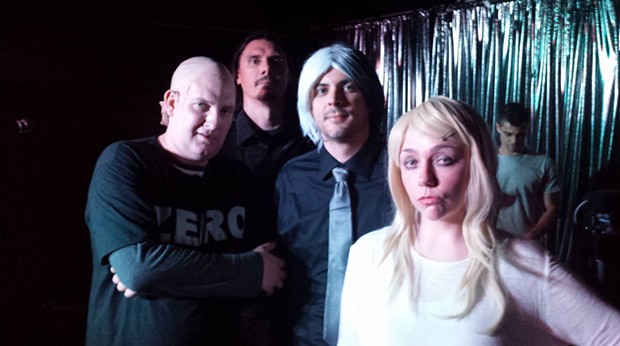 For those playing in the ninth annual TributeFestPgh, participation is almost a yearlong commitment. The full lineup was booked in February, leaving the cover bands ample time to practice, gather their costumes, and get into character.

TributeFest is a chance for local musicians to join forces and perform as their favorite bands. The event has taken place every fall since creator Bengt Alexsander moved to Pittsburgh from Boston, where cover bands dressing up for Halloween is highly celebrated.

“It brings together musicians in the community that wouldn’t normally play with each other. You get to meet each other and see how everyone else plays,” says Alexsander.

Generally, the bands slated to perform don’t play together for the rest of the year. Someone picks a group they would like to cover and looks for artists who are interested in joining them. For example, Kevin Koch from the Me Toos wanted to cover Elvis Costello, so he built an entire band, mostly with people he hasn’t played with before.

“It’s like a musical form of working out. You take yourself out of your comfort zone and play with people you don’t normally play with,” says Alexsander.

This year, for the first time, TributeFest takes place over four nights. The first two shows took place at Cattivo last weekend, and the final two will be held at Club Café on Oct. 19-20. Since its creation, TributeFest has only increased in size and participation. More bands want to be a part of it, and those who've participated before get deeper into their rock star personas.

The Ohm Project is taking on Jefferson Airplane, Urns is covering Blue Oyster Cult, The Gothees are going as David Bowie, to name a few.

“It’s not a competition, but it becomes this steeplechase to see, like, ‘how much am I going to commit to this, be this character, and [present] this band accurately?’ Everyone goes full in, always way over the top. It’s amazing how much people stay in character,” says Alexsander.

To make room for the growing interest, as well as to alleviate the workload, Alexsander partnered with Julie Devine, who had been putting on her own cover band fest at Cattivo. The two had previously discussed the extensive amount of work it was for one person to organize and execute, so they decided to merge to make it easier on themselves.

The one difference between the two events was that Devine’s fest raised money for charity. So, this year, TributeFest is raising money for Humane Animal Rescue.

“We’re doing it for a good cause. It’s more notable, rather than saying, ‘Hey, come watch me and my friends be someone else,’” says Alexsander.

On the Tahn: Halloween dance parties at Bottlerocket, Cattivo, and more (Oct. 27-29)