More than five hours after the polls closed on Tuesday evening, the Democrat from Braddock appeared on stage at his campaign watch party to announce the result.

"I am so humbled, thank you so much," Fetterman interjected amid a mob of cheers.

"This campaign has always been about fighting for anyone who got knocked down and had to get back up again."

Fetterman began the race against Republican Mehmet Oz as a strong favorite, but his polling lead shrunk considerably in recent weeks as he continued to battle the lingering effects of a stroke suffered in May. The two went into tonight's contest with most election analysts forecasting a toss-up.

Down the ballot, Democrats have scored several other victories in Pennsylvania, with Josh Shapiro throttling Republican Doug Mastriano in the governor's race and suburban Democrats picking up some surprise wins in the state legislature.

Fetterman called the race around 1:15 a.m. on Wednesday.

As of 1:50 a.m., he holds a 2.5% lead with more than 5 million ballots counted. The remaining votes are largely clustered around Philadelphia, where Democrats have a heavy electoral advantage.

Oz has not formally conceded the race, but his watch party had reportedly wound down shortly after midnight, suggesting a somber outlook from his camp. 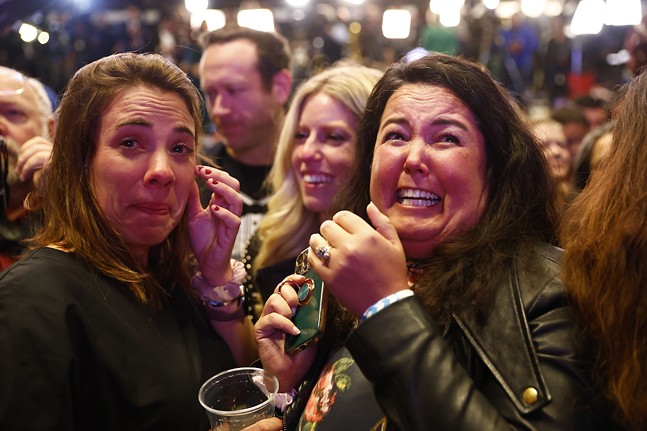