Feels like the right time for a Freakwater tour 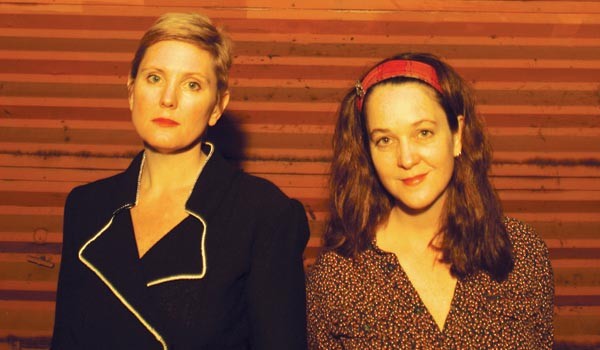 In it for the cable TV: Freakwater's Janet Bean (left) and Catherin Irwin

Catherine Irwin is, along with Janet Bean, one of the singers and songwriters of the critically acclaimed, somewhat elusive alt-country band Freakwater. While the band hasn't released new material since 2005 — Irwin and Bean both have worked more as solo artists in recent years — it comes to Pittsburgh on Thu., Jan. 17, as part of a Northeast tour. Irwin spoke with CP from her Louisville, Ky., home.

It's been over seven years since your last release as a band — why go on the road now?

I'm not really sure! It was Janet's idea. I think next year actually is the 20th anniversary of our record, Feels Like the Third Time, but I think there was some confusion that it was this year. This year was the anniversary of our joining [Thrill Jockey Records], I think. But the idea originally was that we could play that record live ... why we have to do it in January, I'm not sure, but that's something we've traditionally always done. We've never been to Buffalo when it wasn't January.

You're coming off of a new solo release; how do you approach Freakwater when you both have solo careers as well?

We're always planning on making a Freakwater record; we just haven't done it. We're just very ... disorganized. Nobody's really running the machine. It's easier, since we don't live in the same city, to work on solo stuff; it's been a rare moment in the history of Freakwater when we've lived in the same town.

Do you get rusty when you're not playing together for years at a time, or does it feel natural when you get back together?

I think it's always about the same. We're playing all the songs off Feels Like the Third Time, and so I had to go back and listen to it. Some of those songs, we never really played live. I don't know if we've really gotten any better! It's kind of ... cute? I'm not sure if we can do it any better than we did 20 years ago!

Has your relationship with the songs changed? Do you still connect with them?

It's all still pretty painful. That's one of the things that's funny, to be so old; a lot of the songs that I wrote 20 years ago, I didn't even have any idea what that song was about at the time. And now it's about something completely different, and it's even worse. You know? I thought that song was really sad when I wrote it, and now it's even more sad. I think one thing about Freakwater, and about me, personally, is that there's not real stylistic leaping around much; it's always been basically the same kind of thing. Certainly there are songs about boyfriends — about how much I hated a certain person, and now I don't hate that person as much anymore. So that song may be slightly dulled ... but I can just transfer that hatred onto somebody else.

How much of your lyric-writing is actually personal as opposed to writing from a third-person perspective?

What do the two of you do, respectively, when you're not making a record or touring? I've heard you do visual art.

Whether that's actually true, or you just made that up on the spot, that's pretty great.

You've been touring for over 20 years now — what keeps you going?

The thing that keeps you doing it is just playing the shows. I get really nervous, which is part of the reason we don't play that much, but once you start playing, it's fun. And I know [bassist Dave Gay] does it for the free Coca-Cola. Just to be in the room with a guy with a gun that shoots Coca-Cola every night. Janet used to do it for the hotel rooms with cable TV; now she has cable at home, so I'm not sure what it is now.