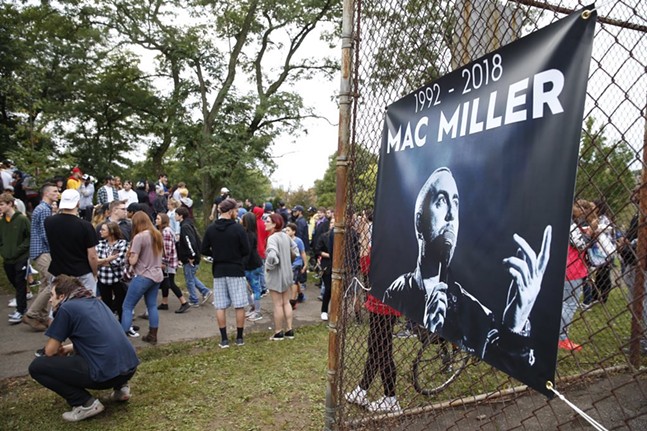 CP photo: Jared Wickerham
Much like the melancholic euphoria that was characteristic of his music, the vigil to honor the life and artistry of Mac Miller united fans and friends alike Tuesday evening at the Blue Slide Playground at  Frick Park.

People crowded every available spot – from playsets to the blue slide itself – to listen to Miller’s music and connect with others mourning the loss.

For Homestead based visual artist Zachary Rutter, that meant spending his Tuesday afternoon painting a massive portrait of Mac Miller at the memorial in Frick Park.

“By [painting his portrait], I want to make his name something better,” Rutter said at the vigil.
Miller represented a success story that inspired Rutter, growing from an artist known regionally to a nationally known rapper staying true to his Pittsburgh upbringing.

CP photo: Alex Popichak
“He showed me there’s a way out, [to branch beyond Pittsburgh],” Rutter said.

Rutter said he plans on auctioning the portrait – painted over a copy of Ed Piskor’s Hip Hop Family Tree - and donating the proceeds to a substance abuse cause. He arrived at the memorial site at 11 a.m. and spent seven hours painting the portrait, what he describes as “Mac at his purest.”

To those who knew him, like Jessica Levins of McKeesport, Miller was an inspiration and the picture of someone in touch with the emotions of humanity.

“Just standing next to him … his aura was palpable, even before I knew what that meant,” Levins said.
Levins’ boyfriend was a collaborator of Miller’s during his East End Empire days. Levins said she would give the group rides to gigs, and Miller kept true to his vision of himself. 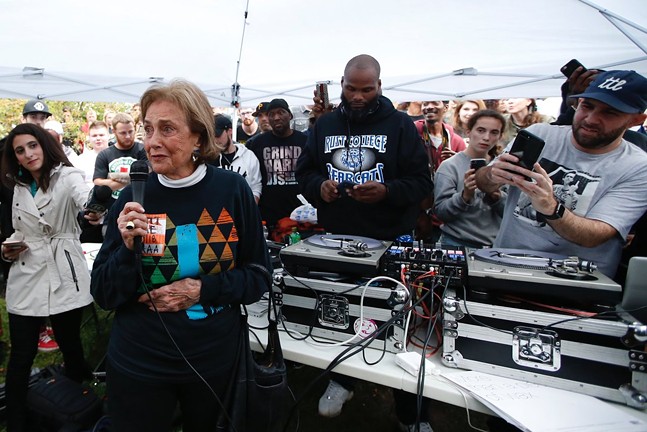 CP photo: Jared Wickerham
Mac Miller's grandmother speaks
“It kind of made me learn how powerful it is to believe in yourself,” Levins said.

Clutching a candle with his portrait on it, Levins said it was important for her to come to the vigil to be around people who appreciated the artist for his music and his sense of self.

“I think his spirit is here tonight,” she said. “I think everybody here felt his spirit. I don’t know if he knew how many people loved him.”

Fans left mementos at the top of the blue slide, and at a makeshift monument with framed pictures of the artist and candles.

To fans, his work represented and displayed the rawness of human emotion channeled through lyrics. Alejandro Cortes of Washington, D.C. used his day off to travel five hours to the vigil.

“He meant a lot for me, music in general means a lot to me,” Cortes said. “He was definitely one of my all time favorite artists and the fact that he just passed away, it really hurt.”

Cortes he’s followed Miller’s music for years and his coworkers chose his music as their go-to music for working.

“I remember when we found out, working at a restaurant ... we love Mac Miller and have a speaker in the back always playing Mac Miller,” Cortes said. “The moment it was posted on Twitter everyone just kinda looked at each other and no one said anything for the next three hours.”

Throughout the evening, fans climbed on playground equipment, trees and surrounding the DJ tent belted out Mac Miller standards, at times waving their cell phones, lighters and candles. At once it was a celebration of art, with an undertone of a mourning for the artist.

“He had a way of keeping this inner child alive,” Levins said. “He made this simple park, this place of childhood innocence into a pure way to have fun.” 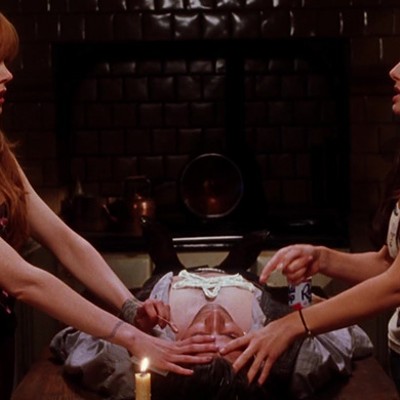