This season brings more serious fare at the theaters

The Mountain Between Us, Oct. 6

And so we wrap up a relatively mild summer, both in weather and box-office excitement, and head into the season of more serious cinematic fare. Here’s a look at some of the films headed this way.

Among the dramas this season is The Mountain Between Us (Oct. 6), in which Idris Elba and Kate Winslet tough it out after a plane crash. In The Snowman (Oct. 20), adapted from the Jo Nesbo novel, Michael Fassbender tracks a cold-case serial killer. On Nov. 10, Kenneth Branagh helms an all-star cast in the Agatha Christie mystery Murder on the Orient Express. Also in November, Richard Linklater’s veterans-meet-up film Last Flag Flying, filmed in Pittsburgh; and the Denzel Washington legal drama Roman Israel, Esq. On Dec. 8, look for Sally Hawkins and Octavia Spencer in The Shape of Water, about a secret Cold War government project.

A lot of films draw from real life. On Sept. 29, Battle of the Sexes recounts the Billie Jean King vs. Bobby Riggs tennis match. In American Made (Sept. 29), Tom Cruise plays a 1980s airline pilot turned drug smuggler. Out Oct. 13, Marshall depicts the early legal life of Supreme Court Justice Thurgood Marshall. The origin story of the Wonder Woman comic rests in an unconventional marriage, in Professor Marston and the Wonder Women (Oct. 13). Firefighters face a deadly fire in Arizona in 2013, in Only the Brave (Oct. 20). Two well-known politicians hit the big screen: Woody Harrelson plays Lyndon B. Johnson in LBJ (November), and Gary Oldman stars as Winston Churchill in Darkest Hour (Nov. 22). From Aaron Sorkin on Nov. 22, Molly’s Game is about big-time underground poker games. On Dec. 8, James Franco’s dramedy The Disaster Artist looks at the making of Tommy Wiseau’s 2003 cult film The Room. Steven Spielberg directs The Post (Dec. 22) about The Washington Post’s battles.

We’re not yet free of sequels and remakes. Ryan Gosling and Harrison Ford star in Blade Runner 2049, a sequel to the 1982 sci-fi actioner, out Oct. 6. The mighty hammer is back, in Thor: Ragnarok (Nov. 3). It’s the return of the not-perfect parents: A Bad Mom’s Christmas (Nov. 3) is a holiday version of the wine-swilling-mom comedy; and Daddy’s Home 2 (Nov. 10) adds granddads to the mix. Assorted comic-book warriors headed by Batman and Wonder Woman join forces in Justice League — Part 1 (Nov. 17). The 1970s Charles Bronson classic Death Wish gets a reboot with Bruce Willis on Nov. 22. On Dec. 15, Star Wars: The Last Jedi zooms into theaters. In Jumanji: Welcome to the Jungle (Dec. 20), the game-come-to-life film now stars Dwayne Johnson. Mark Wahlberg is half-man/half-machine in The Six Billion Dollar Man. Also that day, the lady a capella singers return in Pitch Perfect 3. (Dec. 22). 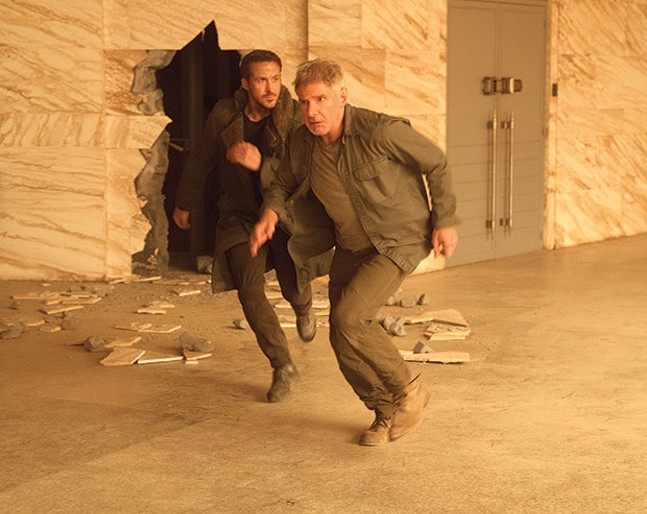 For the kiddies, a slate of animated fare, including: The LEGO Ninjago Movie (Sept. 22); My Little Pony (Oct. 6), for the kids and the bronies; The Star (Nov. 17), a donkey’s POV of the Nativity; a trip to the Land of the Dead with Pixar’s Coco (Nov. 22); and Ferdinand (Dec. 15), adapted from the popular kids’ book about a bull.

In other features: Climate disasters, satellite meltdowns, global chaos — Gerard Butler is there to fix it in Geostorm (Oct. 20). George Clooney directs Suburbicon (Oct. 27), a comedy, penned by the Coen brothers, about a “perfect” 1959 suburb. On Nov. 10, it’s Three Billboards Outside Ebbing, Missouri, a dark comedy from Martin McDonough in which Frances McDormand tries to solve a murder. And on Dec. 22, in Alexander Payne’s Downsizing, Matt Damon and Kristen Wiig shrink themselves. 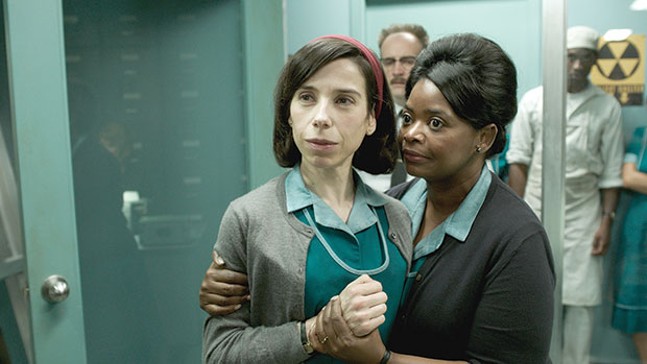 The Hollywood Theater continues its mix of new films, rep programming and special events. And look for ongoing repertory and indie-film programming at Row House Cinema, in Lawrenceville, and Pittsburgh Filmmakers’ theaters. In conjunction with University of Pittsburgh, Filmmakers will host two nights of 1970s Pittsburgh-produced avant-garde films; programs are Oct. 18 and Nov. 14. And good news for McKees Rocks: The renovated Parkway Theater has re-opened.