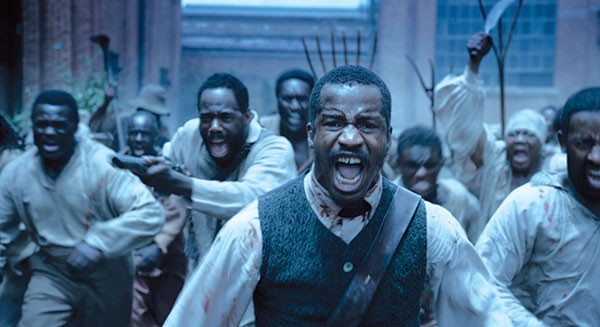 The blazing heat is receding, and so too are all the noisy summer films retreating from the multiplex. In their place comes more serious fare and this year’s Oscar bait.

Some real-life events get the docudrama treatment, including: Deepwater Horizon (Sept. 30), about the catastrophic 2010 Gulf of Mexico oil spill; The Birth of a Nation (Oct. 7), about Nat Turner’s 1831 slave uprising; Tower (Oct. 12), about the 1966 mass shooting at the University of Texas; and on Nov. 4, Loving, about the 1967 court case that decriminalized interracial marriage. Hometown favorite Michael Keaton stars in The Founder, portraying Ray Kroc, the man who gave us McDonald’s (Dec. 16).

Some films are rooted in pulp, but still show promise as decent entertainment, such as the twisty-turny The Girl on the Train marriage-mess (Oct. 7); The Accountant (Oct. 14), in which Ben Affleck plays a numbers guy for very bad people; and Jack Reacher: Never Go Back (Oct. 21), starring Tom Cruise as the titular investigator. For pure pulp, there’s Inferno (Oct. 28), starring Tom Hanks in the continuing adventures of the Da Vinci Code dude.

For those who prefer their tales to be about intriguing oddballs, it’s a wonderful fall. Tim Burton’s Miss Peregrine’s Home for Peculiar Children opens on Sept. 30. On Oct. 21, it’s the coming-of-age-with-giant-tree-beast tale A Monster Calls. Dr. Strange, a freaky Marvel superhero who can cast spells, arrives Nov. 4. Nov. 18 finds an English magi-zoologist trying to track down magical creatures on the loose in Fantastic Beasts and Where to Find Them, penned by Harry Potter creator J.K. Rowling.

More for the kiddies: Those adorable long-haired toys Trolls hit the big screen on Nov. 4. From Disney, on Nov. 23, comes Moana, an animated tale set among Pacific Islanders. And on Dec. 21, there is Sing, a take on singing competitions among animated animals.

Manchester By the Sea, Nov. 18

Also look for the classic Western The Magnificent Seven to get a reboot on Sept. 23 with Denzel Washington, Chris Pratt and Ethan Hawke. On Nov. 11, a linguist (Amy Adams) talks with space aliens in Denis Villeneuve’s Arrival, and Joe Alwyn stars in the Iraq War homefront drama Billy Lynn’s Long Halftime Walk, directed by Ang Lee. Casey Affleck and Kyle Chandler star in family-tragedy drama Manchester By the Sea, out Nov. 18, and Brad Pitt and Marion Cottillard are well-dressed spies in the World War II drama Allied (Nov. 23).

Two films shot in Pittsburgh are due this fall. Ewan McGregor directs and stars in an adaptation of Philip Roth’s American Pastoral (Oct. 21), about a father and his radicalized daughter. On Dec. 25, look for Fences, Denzel Washington’s adaptation of August Wilson’s Pulitzer Prize-winning play

December looks to be quite entertaining, with many popular stars lighting up the screen. Emma Stone and Ryan Gosling fall in love, and do some singing and dancing, in La La Land (Dec. 12). Rogue One: A Star Wars Story, about the Rebel spies who steal the Death Star blueprints, opens Dec. 16. Speaking of spaceships, Chris Pratt and Jennifer Lawrence share one in Passengers (Dec. 21). Michael Fassbender stars in Assassin’s Creed (Dec. 21), an action-adventure film based on the video-game series, and Christmas Day finds a bald and bloated Matthew McConaughey playing a modern-day prospector in Gold.

The Hollywood continues its mix of new films, repertory programming and special events. Upcoming: Three silent horror classics will be screened with live original scores (The Phantom on the Opera, Oct. 14; Vampyr, Oct. 15 and Nosferatu, Oct. 16) and a Halloween party on Oct. 15, with a restored version of 1961 spooker The Innocents. And look for ongoing repertory and indie-film programming at Row House Cinema, in Lawrenceville, and at Pittsburgh Filmmakers’ three theaters.