"I like there to be the possibility for some detective work." 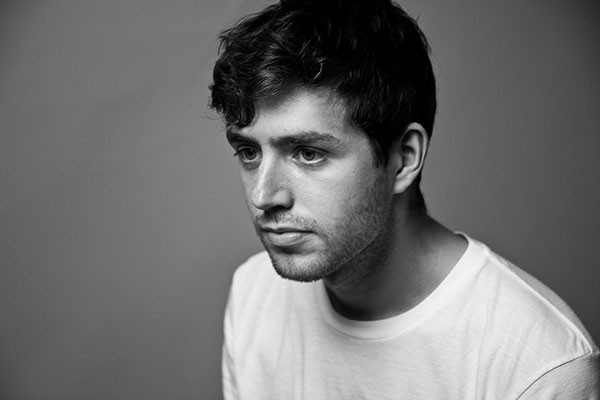 EZRA FURMAN AND THE BOY-FRIENDS

Editor's note: A longer version of this interview can be found on our music blog.

Ezra Furman established himself as a lyrically driven rock songwriter with his band The Harpoons; his latest, Day of the Dog, is an eclectic and thoughtful solo release with help from a new backing band, The Boy-Friends. He spoke with CP by phone on the first day of the band's current tour.

The liner of this album has an index of topics and thematic ideas. I don't know if I've ever seen anyone else do that.

I was just trying to think about what I'd want. If I open up a record, what would be most interesting to me? And also, I'm involved with a woman who's studying political theory, and she was comparing all these different indices of books she was reading. I realized that index-writing, it's like writing an editorial. It's not at all impartial.

Is that kind of explication important to you? Some songwriters want their music to be more obscure.

I think I like for there to be a way to find out. Even if it's not specifically explained all the time. I like there to be the possibility for some detective work, for people who are into that kind of thing. I am, and I do lots of detective work with the records I like. And it's nice when they give you hints.

The index mentions Psalm 82. Why did that relate to a few different songs?

You're now testing my commitment to slight obscurity. The song "Walk on in Darkness"; that came from reading certain interpretations of Psalm 82. I was reading Maimonides, the medieval Jewish philosopher, and he has this whole thing about this line in Psalm 82, "They know not / They will not understand / They walk on in darkness." His take on it is: Most people never see even a glimmer of the truth. Most of us are just in the dark our whole lives. Then some people see the reflection off a shiny item of the light of the truth. Then there are some people who see, like, a full flash of lightning. Then there are some people who see so many flashes like that, it's almost like they live in the daylight. And that was a reaction to that. If everybody's in the dark, shouldn't our sympathy lie with all of us who will never understand any of it?

In a couple of spots in the liner you refer to your Judaism. How do you relate that to your music?

It's where I come from. Personally, I think I have some bad dispositions. And my upbringing has saved me from a life of total debauchery. It's only semi-debauched now. I accept everybody's different approaches to religion — rejection of it, whatever. It's your own thing you have to decide. For me, I think I'd be a lot worse off without it. And also, it's given me most of the thought that's led me to do my best work as a songwriter. I use Biblical imagery, and ideas from Jewish thought, and all these moral challenges that are all over my music. Jewish thought is one of my largest influences, in a million ways.