Exploring the joys of our biggest civic duty 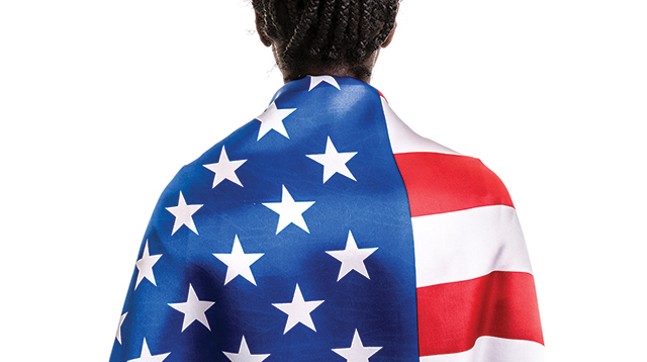 Chore, obligation, duty, guilt. There are many ways to describe voting but very rarely do we talk about the joy of casting a ballot.

Let’s turn the clock back to June 19, the Juneteenth of my 18th birthday. Now, imagine that popular GIF of the “Bambi”-like deer jumping on a beach in a brilliant ruby-gold sunrise. That was me walking/skipping/running from Manchester to the City-County building to register to vote. I don’t remember if it was sunny, rainy, cloudy, or gray.

I was so thrilled to finally have a say in what was happening to me, my community, my country. Politics, history, and culture were no longer just theoretical concepts. Before I could vote, I would volunteer for political campaigns and get out the vote efforts.  Yes, I am a dork. I never have and never will be cool, if being cool means not voting.

So for me, there is real joy in voting. It’s one of my most favorite things to do, even when I don’t have a candidate to support for office – I write in a name or leave it blank. I have happily voted by saying, “no, not you.”

Voting is a thrill, but it can also be bittersweet. Those imagined arms of embrace, those eyes and legs urging me to vote represent my ancestors – family members of past generations who were barred and discouraged from registering to vote. Used to be, people could lose their jobs or lives because a clerk or bystander would tip off a white boss. “Your girl [domestic worker, sharecropper, maid] registered to vote today,” they would say.

That was a sign of “uppityness.” Of not being happy as a second- or third-class citizen, actually wanting full citizenship in a country whose wealth, history, and culture has been shaped by Black Americans.

But we do not have to look back into mid-20th history to see voter suppression tactics. Here in Pennsylvania, we had an entire congressional map dismantled because it was so unfair. We are currently witnessing the disenfranchisement of African-American, Latinx, and First Nation voters in Georgia, Florida, and North Dakota.

In 2018, a U.S. citizen has to check their voting status as often as their bank account.

To my ancestors who could not vote: Can you see me voting?! I am doing it for you, for me.  For now and the future.

To everyone afraid of this Black woman voting:  Can you see me?!?  With a big ass smile on my face, voting all the way. Bam!