You’ll want to skip the near-drowning 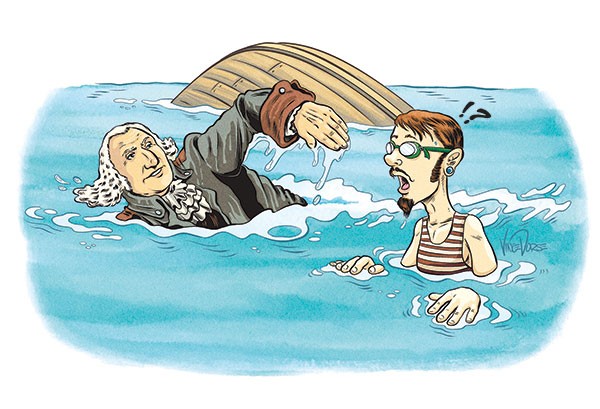 Pittsburgh Go: Catch Pokémon and get healthy around Pittsburgh

While Pittsburgh may not be the healthiest city in the world (that’s Copenhagen), or in America (Washington, D.C.), or even just in Pennsylvania (I don’t know, Punxsutawney?), things are starting to turn around here.

We’ve got bike lanes, improved air quality, and restaurants that serve super-foods like “kale” and “the almond.” If you know where to look, you’ll find that Pittsburgh is overflowing with opportunities to get easy exercise on the cheap. It’s baked into our landscape, like bacon in a quiche.

The hills and rivers offer natural exercises like sledding and jet-skiing; the labyrinthine streets provide good practice for turning left and right; and the bike lanes are a great place to bike.

As Pittsburgh’s 200th birthday aligns with both the 2016 Summer Olympics, and CP’s Health Issue, we thought now would be the best time to take advantage of the city’s health and history with the Pittsburgh Bicentennial Octathlon: eight athletic events to help you break a sweat while you learn something about this remarkable city.

Here’s what we have in mind. (We don’t recommend actually trying any of this.)

Like shooting a rifle while skiing, there’s just something deeply logical about throwing a javelin from a bike. And all the better if you’re doing it in the beautiful 450-plus-acre tree factory known as Schenley Park. If you’re worried about not understanding the rules of bike-javelin, rest easy: Nobody does! Even the pros wing it.

This iconic landmark on the University of Pittsburgh campus is the second-tallest educational building in the world, and the tallest one in Pittsburgh. It’s 42 stories, and its stairs have some of the smoothest handrails in Pa. And those stairs: Start at the bottom and don’t stop until you hit the top. It’ll be worth it. “Great view of Pittsburgh’s Oakland neighborhood,” you’ll pant nauseously from the penthouse.

The Monongahela Incline and its pompous younger cousin, the Duquesne Incline, are prime examples of the city’s functional architecture. In this event, you’ll clamber (to climb, e.g. “I clambered out of the trench”) on up the tracks at top-clambering speed, as if Station Square was on fire. Intense! Take the incline car on the way down, though. No need to overdo it.

Pittsburgh’s No. 1-ranked submarine, the U.S.S. Requin, is a great spot to get the old ticker pumping (heart beating quickly). At 312 feet long, it’s just shy of the 100 meters you’d need for the traditional-length dash, but you can tack on another couple of meters by jumping into the river when you run out of space. “Dash ’n’ splash” would have been a better name.

What would Pittsburgh be without its bridges? Difficult to navigate. Celebrate the ’Burgh’s pro-bridge spirit with a classic discus-throw off a bridge. The best spots for this would be the Rachel Carson, Roberto Clemente and Andy Warhol bridges, all named for people who, coincidentally, were terrific discus throwers. (BYOD.)

In 1753, legend says that our debut president spent a night on Herr’s Island after his ship capsized on a mission during the French and Indian War. You’ll want to skip the near-drowning, but this 400m(ish) swim is a great way to get exercise just like George “capsize-your-way-to-skinny” Washington did back in the day.

This is a beautiful park-like historical cemetery. No physical action in this event, just Olympic-tier self-reflection. Who are you? And why?

Have fun out there.

*Editor’s Note: Wrassling isn’t technically an octathlon event, but neither are stairs. None of this is real. Don’t do any of this. Especially stay off the incline.