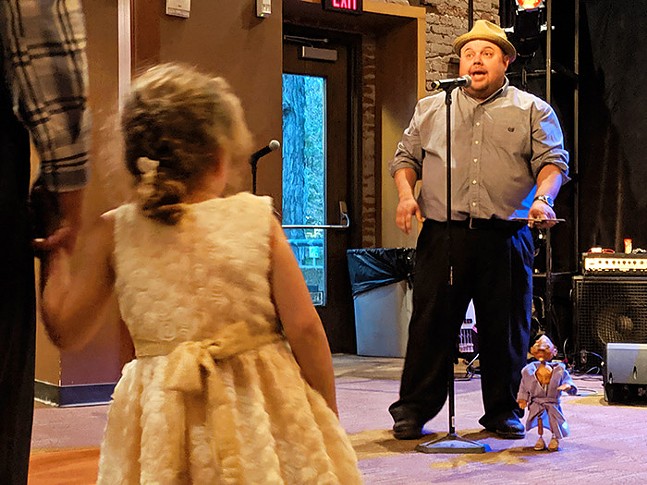 This October, Chantele will bring her album to the stage as the kickoff performance of the 2019-2020 season of the New Hazlett Theater Community Supported Art (CSA) Performance Series, announced last night at the North Side theater.

Chantele's A Fire on Venus is "more than a concert," according to the program announcement, and will be performed in full alongside visual art, live back-up musicians, and dancers.

This is the seventh season of New Hazlett's CSA series, first launched in 2013. Five emerging Pittsburgh artists are chosen each year to be showcased in the series and are provided with mentorship, marketing, photography, production, and design to help develop their show for two days of performances.

"We're proud to know that the work produced at the New Hazlett contributes to the rich cultural fabric of our city," writes executive director René Conrad and director of programming Kirstin Helfrich in the program for this year's series. "This season's artists represent the dynamic range of work being created in Pittsburgh, and the work speaks to our collective experiences."

Chantele says she hopes to take the stage performance of A Fire on Venus on tour after the show ends, much like CSA performance graduate Afro Yaqui Music Collective who moved on to perform worldwide, including at the Kennedy Center for the Performing Arts in Washington, D.C., the Red Rooster in Harlem, and the Mesopotamian Water Forum in Iraq. 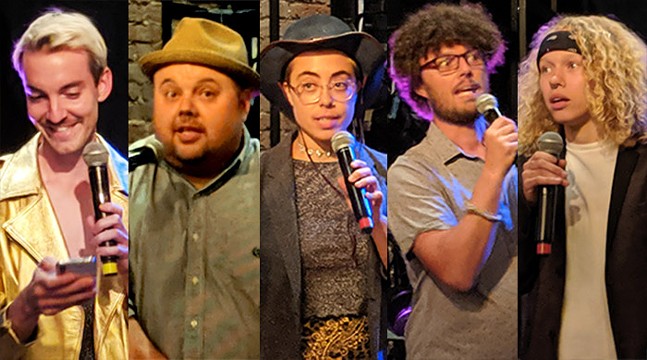 CP photo: Lisa Cunningham
New Hazlett 2019-2020 CSA Performance Series artists: Philip Wesley Gates, Dave English, Anna Azizzy, Gil Teixeira, and Brittney Chantele
Joining Chantele in this year's series will be Pittsburgh puppeteer Dave English who City Paper readers might recognize as one of the creative brains behind music video "Alligators of Pittsburgh" and from his work with BOOM Concepts for Puppet Karaoke. Alongside Will Schutze, English will perform The Dragon of Polish Hill, which he previewed to the delight of the crowd at the announcement party on Tuesday night, walking around with puppet Stanley Onion, a 115-year-old man with dementia, who will be part of his upcoming performance.

Experimental musician and video artist Anna Azizzy will play over 10 characters in The Secret Life of Gym Girls, a solo performance that will focus on queerness. (The promotional artwork for this piece is especially exciting, as Azizzy is Photoshopped over and over again with different hairstyles and expressions to reflect the digital images that will be appearing behind them during the show.)

Performance maker and writer Philip Wesley Gates brings Terminer to the stage. "Using movement, found text, and programming code, Terminer summons the New England witch panic out of America's colonial shadows and into the blue light of the digital age," according to the program book.

Rounding out the series is Gil Teixeira's The Mind-Body Problem, a solo guitar performance that will mix storytelling with original music.

Tickets for the season are on sale now. Much like popular food-based CSAs, subscribers can pay $100 for a season subscription, which will include a ticket to one of each performers' show.