Sure, in 2008 conservatives responded to Barack Obama's election with the Tea Party and a run on ammunition. This time, though, they sound like a bunch of latte-sippers waiting to board the S.S. Normandie.

Pittsburgh's very own Jim Quinn did his best to stay upbeat, but still: I haven't enjoyed his show so much since the B-94 days. He too admitted to having miscalculated the voters: Where did all this Democratic enthusiasm suddenly come from?, he wondered. Co-host Rose Tennent kvetched about how you couldn't trust GOP pollster Dick Morris, or the rest of the party elite. And the core of Tea Party activists was too small: "We need an army," she groused.

But if they were wrong, insist Limbaugh and Company, it was for the right reasons. Too many Americans, you see, depend on the government dole, and won't vote themselves off of it. As syndicated columnist Cal Thomas wrote in a piece reprinted by the Pittsburgh Tribune-Review, "President Obama's re-election mirrors the self-indulgent, greedy and envious nation we are rapidly becoming." (Wait: Being greedy and self-indulgent is bad? Someone tell Donald Trump!)

For true believers, in other words, the problem with Mitt Romney's derisive remarks about the "47 percent" wasn't that he slandered millions of Americans as being "dependent upon government" and "believ[ing] they are victims." No, the problem was that he, like Dick Morris, underestimated the grifters' share of the electorate.

A different argument, from Pittsburgh Post-Gazette columnist Ruth Ann Dailey, is that the GOP just needs to polish its message. If Republicans simply "recommit themselves to their core principles," find a young/ethnically diverse standard bearer — paging Marco Rubio! — and "build the operation necessary to win," they'll be fine. That's what Dems did after 2004, she argues.

But Republicans haven't lost the country so much as driven it away. Democrats lost in 2004 because they didn't give voters enough to vote for; Republicans in 2012 gave them too much to vote against. They demeaned women at every turn, only to see female candidates deny the GOP's bid to retake the Senate. They demanded continued tax breaks for the wealthy, while accusing everyone else of greed. They trumped up fears of voter fraud, to disenfranchise traditionally Democratic constituencies ... and those voters came to the polls as if to spite them.

The 2008 election was about a man: the transformational figure of Barack Obama. But 2012 was about a movement: a coalition of so-called minorities — young voters, female voters, LGBT voters, black and Latino voters — joined together by the GOP's efforts to demean them all. Obama won in 2008 because he sought to rise above hateful political divides; he won in 2012 because too many voters are sick of being thrust into them.

The past week's worth of Facebook lamentations aside, though, Republicans aren't going to move overseas. (Never mind the socialized medicine; those other countries have the metric system, for God's sake.) In fact, they could start turning the tide in 2014, when Dems will be on the defensive in many Senate races. If the GOP tried harder to embrace immigrants, and to disentangle itself from the grasp of anti-tax zealots like Grover Norquist, they could win both houses of Congress.

Or not. Because although wealthy campaign contributors failed to purchase this year's election — despite $1 billion in ad spending by outside groups — a small group of crazy old rich people have acquired a controlling interest in the GOP. And God only knows what they'll do next.

But look on the bright side, Republicans. You've still got control of the House, which will enable you to prevent action on all kinds of social, economic and environmental problems. Even if you can't take the country back, you can still spoil it for everyone else. 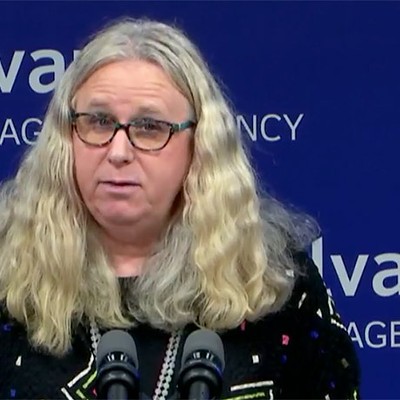