"Someday, we'll look back and wonder why it took so long." 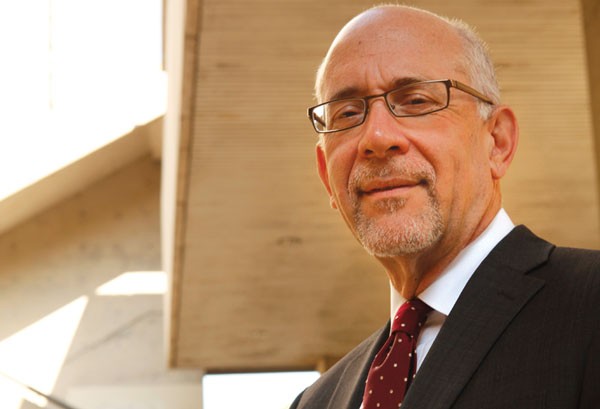 Yet at least one of those things — and maybe both — happened in the case of Marcus Andrejco and Emilio Rivera, who in August were both acquitted of shooting Clairton police officer James Kuzak, and leaving him paralyzed. While both men separately confessed to the crime, jurors apparently had doubts: One juror told the Pittsburgh Post-Gazette that Andrejco's tape-recorded confession sounded "rehearsed."

"Jurors felt it might have been coerced," the paper added.

Such suspicions don't surprise University of Pittsburgh law professor David Harris. As DNA testing began overturning high-profile convictions, he says, "We began to see fundamental weaknesses in the system" — weaknesses ranging from flawed crime-lab procedures to, yes, problematic confessions. He has, in fact, just published a book, Failed Evidence: Why Law Enforcement Resists Science, on how commonplace police procedures, and misplaced forensic science, can imprison the innocent, or let the guilty go free.

Among the book's recommendations: that the full interrogation, not just the confession, should be recorded.

That's a popular idea among defense attorneys like Paul Gettleman, who represented Andrejo. "A lot of these confessions are bogus," he says, with officers applying escalating pressure for hours. "When a jury listens to the tape, they get a rehearsed speech. That's all."

But Failed Evidence argues that reforms will "benefit not only innocent persons ... but also those police and prosecutors." Recording an interrogation, Harris says, can also prevent a defense attorney from making jurors believe a confession was coerced.

It's not an easy case to make. Back in 2011, a state panel on wrongful convictions urged that interrogations be recorded, among other reforms. But dissenters argued that police needed "flexibility" to devise their own rules. Among those who disagreed: Allegheny County Police Superintendent Charles Moffat, whose department handled the Kuzak investigation (and who didn't respond to City Paper's calls for comment).

Harris says he respects Moffat, but he's used to such opposition. "My pitch has been that these reforms do good things for you." But often police "just disregard it."

As some police officers reading this might already suspect, Harris has never been a cop or a prosecutor. After studying law at Yale and Georgetown, he did a two-year-stint in a Maryland public defender's office. Defending, not prosecuting, "was where my heart was," he says.

"The first time I heard of ‘driving while black' was from a client," Harris recalls. "I asked why he'd been pulled over, and he looked at me like I'd fallen out of a tree."

As a professor, he has written critically about "driving while black," and he can be skeptical of police. For example, a recent post on his blog (failedevidence.wordpress.com) observed, "Police don't question you because they want to know what happened. They already think they know, and they are interested in having you confirm it."

But Harris also routinely consults with law enforcement, including a task force on Taser use convened by District Attorney Stephen Zappala. To the disappointment of stun-gun critics, the report largely endorsed their use. (Harris volunteered to be Tased as part of his research, an experience he describes as being "like teeth-grinding throughout your whole body.")

Harris lauds Zappala for being "open to hearing what experts have to say"; Zappala, in turn, describes Harris as "very insightful." And while Zappala doesn't agree with all of Harris' recommendations, "everything in his book is supported" by research in the field.

+ Police line-ups should be "blind" — carried out by an officer uninvolved with the case. Otherwise, the officer may unconsciously send signals to a witness about which line-up subject is the "right" one.

+  While the Supreme Court has held that deceiving suspects during an interrogation is permissible, Harris argues that lying about forensic evidence like fingerprints or DNA is more likely to make suspects confess falsely. Grueling interrogations can have the same effect, which is why Harris recommends limiting most interrogations to roughly four hours.

+ Certain tools of "forensic science" — like identifying a suspect by bite marks left on a victim's skin — are so error-prone that they shouldn't be used. "This stuff isn't data-based; it's faith-based," says Harris.

+ District attorneys should create "post-conviction integrity units," which investigate claims of innocence after conviction, and study where the system went wrong if a conviction is overturned.

"We'll never have a perfect system," Harris allows. But if obvious problems go unsolved, trust in the law itself erodes, and everyone suffers.

"With the justice system," Harris says, "we're all in it together."

Harris' recommendations are far from radical. Many appear in federal Department of Justice reports dating back more than a decade. Some reforms have been implemented around the country, and have local supporters here.

"I concur wholeheartedly" with doubts about bite-mark tests, says Cyril Wecht, the famed former Allegheny County coroner. Wecht recalls a case in which a colleague "testified in court that a bite mark was left by Mr. X — while another expert, with equal credentials, said it wasn't even a human bite."

Wecht has himself has tangled with prosecutors, and he agrees with another argument in Harris' book: that prosecutors may cling to bad science if it burnishes their conviction rates.

"Justice will be markedly enhanced when we pass Wecht's Law: Anybody who is a prosecutor cannot run for higher office for five years," Wecht says.

Zappala, who has tussled with Wecht repeatedly, rejects such cynicism. "There is nobody here who isn't concerned you could convict an innocent person." In fact, Zappala has pressed local departments to adopt reforms like "blind" line-up procedures. (While Zappala lacks direct authority over police, the response can be ugly: In 2009, Harris' book recalls, one suburban police chief accused Zappala of "creating an image ... that police are corrupt.")

But Zappala has misgivings about proposals like tape-recording confessions. "Some suspects stop talking when you start recording," he says. He also opposes starting an in-house post-conviction unit: Out of 250,000 cases, "We've had two [overturned] since I've been DA."

Debates can get heated. Between 2007 and 2011, Zappala participated in a state Senate commission, the Advisory Committee on Wrongful Convictions, that sought reforms to keep the innocent out of prison. Many of its recommendations are echoed in Harris' book. But a minority report denounced the entire enterprise, arguing in a dissent that the recommendations were reached through a "flawed, backroom process," intended "to make the conviction of all defendants more difficult."

The minority report thundered that requiring blind line-ups "offensively and baselessly presumes" police were framing suspects "either intentionally or through incompetence" — a charge Harris says misses the mark. Psychologists have shown anyone can non-verbally, and unintentionally, communicate which choice they think is the right one. "It's something that's inside everyone's mind," Harris says.

And not everyone in law enforcement takes offense at that possibility. George Polnar, who teaches criminal justice at Point Park University and formally served as the chief of Monroeville's 50-person force, says that conducting "blind line-ups" is "something I wouldn't be against." An officer could unconsciously telegraph the right choice, he says: "We're human beings."

Still, he says, "Everything depends on the situation." Setting time limits on interrogations, for example, ignores the fact that "it can take you six hours to get someone's confidence." As for restricting lies to suspects? Polnar says he neither encourages nor discourages it: "They lie to us all the time."

Harris is familiar with such concerns. Reforms that "intrude on police autonomy — that's what gets the greatest opposition. Who wants to be lectured by a bunch of eggheads?"

His book outlines a number of challenges reformers face — everything from police unions to media outlets that hype crime stories, even as crime rates themselves have fallen. But his book optimistically notes that police departments from New Jersey to Texas have instituted reforms, and have become leading proponents of the new approach. Given those trends — and perhaps because of nightmares like the Kuzak case, which show weaknesses in the status quo — change is inevitable, he says.

"Someday, we'll look back and wonder why it took so long."