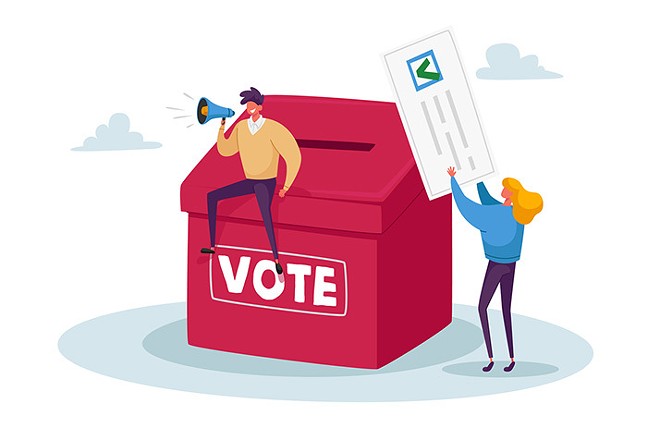 Allegheny County is holding two special elections next week on Tue., April 5 in the 19th Legislative District and the 24th Legislative District. The Elections Division has announced that everything is in place for the April 5, 2022 Special Election and reminded voters of the tools available to them in advance.

In the 19th Legislative District, formerly held by Pittsburgh mayor Ed Gainey's Chief of Staff Jake Wheatley, Democrat Aerion A. Abney is running unopposed. Abney is a University of Pittsburgh alumnus with a background in social work.

In the 24th Legislative District, Pittsburgh Mayor Ed Gainey’s former district, Democratic nominee Martell X. Covington is running against Republican nominee Todd Elliott Koger. Covington, a legislative aide to state Sen. Jay Costa, who currently represents some of the 24th District, is also the vice president of the Young Democrats of Allegheny County. Koger is an alumnus of Community College of Allegheny County, California University of Pennsylvania, and Duquesne University Law School and has worked as a law clerk and a science teacher.

Unfortunately, it is too late to request a mail-in or absentee ballot for next week’s election. If you have already requested or received your mail-in ballot, however, make sure you know how and where to return it.

For any voter who has received a mail-in or absentee ballot, the Elections Division must receive the completed ballot (in the secrecy envelope and the declaration envelope, as the included instructions direct) by 8 p.m. on Tue., April 5. As of March 28, the Elections Division reports that 8,572 ballots have been requested with just 1,239 returned.

Remember that your declaration envelope must be signed in order to be accepted and counted. The Elections Division says they have had to return 48 ballots to voters with instructions on how to fix them so that their ballot is counted.

State law requires that voters return their own ballot. In the event that a person is unable to do so themselves due to disability or illness, a third party may be authorized to do so by utilizing forms available online.

On Election Day, all 176 precincts in the 19th and 24th Legislative Districts will be open on Tue., April 5. Hours are from 7 a.m. to 8 p.m. and anyone in line at 8 p.m. will be allowed to vote. Each household in the district should receive a mailing containing detail on their polling place. A full list of locations is also available on the Special Election webpage at alleghenycounty.us/elections/special-election-information.aspx.

The Elections Division encourages voters to verify their registration and polling place prior to going to vote. Voters can check their voter registration status here. The state’s polling place locator is available here. Please note that the state’s site is set up to use a voter’s mailing address, not their municipality.

Lastly, voters can view a sample ballot in advance of going to the polls by visiting the Special Election webpage.

The Elections Division will begin the pre-canvassing of mail-in and absentee ballots at 7 a.m. on Election Day at its warehouse on the North Side. By state law, tabulation and reporting of results cannot occur until polls close at 8 p.m. Preliminary results from mail-in and absentee ballots are expected to be reported shortly after polls close and will continue to be updated throughout the evening. Typically, election results from polling places begin reporting by 9 p.m. All results will be available on the county’s website.