He’s a boxing trainer. He’s a poet. He’s an artist. 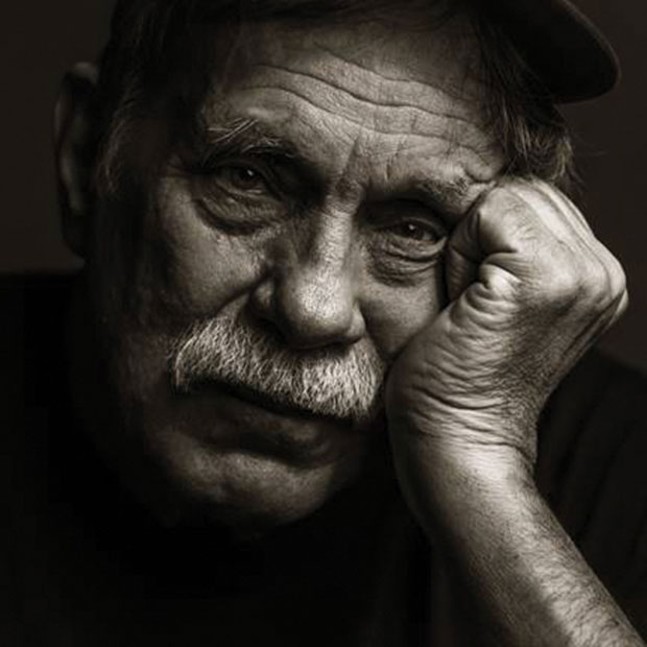 I’ve known Jimmy Cvetic for a lot of years. Not that I’m special, of course, because there are thousands of people in Allegheny County who can say the same thing. The difference is which Jimmy Cvetic you know.

He’s a former police officer and detective. He’s a boxing trainer. He’s a poet. He’s an artist. He’s the head of the Western Pennsylvania Police Athletic League, a group that takes kids, mostly those at-risk, and gets them working out their aggressions through sports instead of on the streets. Finally, for hundreds of kids every year, he’s Santa. Cvetic, along with the other members of PAL, spends his year collecting toys, and cash to buy toys, for underprivileged kids at Christmas.

He knows everybody and everybody knows him. And he does the things he does for others, not for himself. Countless times over the years, he has asked not to be quoted or photographed, instead asking that the attention go toward the volunteers he works with, or the kids who are trying to make their lives better. But at 6 p.m. Thu., June 15, at the Roberto Clemente Museum in Lawrenceville, the spotlight will be directly on Cvetic with Day of the Dog: An Art and Poetry Exhibition, subtitled “A Fundraising Event and Celebration of the Poetry & the Extraordinary Life of Jimmy Cvetic.” “Dog” is Cvetic’s nickname from his days as an Allegheny County police officer.

The event is timed to the release of Cvetic’s newest book of poetry, Dog Is a Love From Hell. The title is an homage to Cvetic’s favorite writer, Charles Bukowski, based on the latter’s 1977 poetry collection, Love Is a Dog From Hell. Cvetic will read from the book.

The event was planned by three longtime Cvetic collaborators: artist Rick Bach, photographer Duane Rieder and artist Bob Ziller (their works will also be available at the event). There will be a special appearance by writer and NPR sports commentator Bill Littlefield, as well as a tasting of wine specifically bottled and labeled for the event from Rieder’s EngineHouse 25 wine cellar.

If you’ve never read his work, Cvetic’s poetry is raw, edgy, unflinching, brash and occasionally but necessarily, offensive. The poem on this page is without question, my favorite of all Cvetic’s work. It’s a poetic autobiography of the kind his life deserves.

For more tickets and more info about the event, visit tinyurl.com/june15dogday.

Identity Theft and the Vanity of Your Worth

A guy called me with a foreign accent,
I think he could have been from India or
maybe from some country in Africa
that has tigers and hippopotamus
and he sounded like he was
from a place that I probably couldn’t pronounce
a Godforsaken place where children play in raw sewage
where the men probably stone women for adultery.
“I’ve stolen your identity.”
I said, “You want to be me?
I don’t even want to be me!
How’d you get my phone number? It’s unlisted.”
He said, “Nothing is unlisted,
haven’t you read Orwell’s book 1984?
I said, “But that was over twenty years ago,
nobody reads that book anymore, except maybe some              professors
that used to be hippies in the ’60s
and probably swam in Walden’s Pond.”
He said, “You only have $22.00 in your checking account,
would you like to borrow some money?”
I said, “No, you can keep the money,
I would only use it to buy tofu,
or maybe a Bukowski or Twain book.”
He asked, “You don’t care about your identity?”
I said, “Not really,
I’ve reached the age when I get up to pee
at least three times a night,
and sometimes I stub my toe
which hurts,
but I’m too old to even jump around in pain,
so you can keep my identity.”
I hung up the phone,
went to the refrigerator
and found a piece of yesterday’s pizza.
I thought of my father … how he’d go to the bakery and
buy yesterday’s doughnuts.
It was good except he’d make powdered milk,
which was not really that good,
and I don’t even want to mention the government cheese,
but in a strange wino way it was all good.
I lost my balance the other day
and I felt like I’d been drinking,
so I went to the doctor.
I found out it was because my inner ear
had to be cleaned,
which had me feeling almost drunk.
Anyway, the guy calls me back,
“I want to give you back your identity.”
“You can keep it,” I said.
I hung up the phone
and felt all the pain in my body and
looked up at the ceiling, because that’s
where God is usually hiding,
when he’s not punishing someone
or curing them from some terminal disease,
and I said, “God, you only punish my vanities.
I should have never danced naked on the bar,
because, truth be told, it wasn’t pretty then
and it sure ain’t pretty now.”
The next day at 5 in the morning
the phone rang.
“Please take back your identity.”
I said, “You stole it, you can keep it.”
He cried like a sissy who just had his
gym shoes flushed in a toilet,
“But there’s nothing in your wallet.”
I said, “I told you that.”
He said, “But now everyone thinks that I’m you
and I’m getting calls about how a kid was shot
or how a guy beats his wife
or a mother that needs money for her teeth,
another called because her daughter is whoring
and is on heroin,
or needs this or that
and needs help with a ticket for driving the wrong way
on a one-way street.
I now go around sweeping cigarette butts
off streets in Pittsburgh.
I don’t even smoke.”
I said, “It makes good practice if you can
find the Tao in sweeping up the butts.
It’s almost like Zen & the Art of Motorcycle Maintenance,
actually, more like becoming an Archer
or studying the Art of War.”
“I don’t want your identity,
you’ve seen stuff that I don’t want to see,
besides, your manly
hangs too low,
and when I sit on the toilet it presents a problem.”
I said, “Alright, I’ll take it back on two conditions.
He said, “Anything, please.”
“Promise me you will not vote straight Republican
or Democrat, and when you go to church
you will not stare at women’s backsides.
Also, one more thing,
you must read all the teachings of Buddha at least twice.”
He said, “Agreed.  Thank you, and may the fleas
of a camel never alight on your privates.”
I hung up the phone and it rang again,
“Dog, you don’t know me
but my son is smoking crack
and stealing Granny’s bingo money.
Can you help me?”
I asked, “How did you get my number?”
She said, “I found it in the toilet stall at the bus terminal.”
I said, “Alright, you got the right guy.
But try to hurry, I’ve got to sweep up some cigarette butts.
Go ahead and tell me the sad story anyway,
I need a fix.”