Even memes should be accessible, and researchers at CMU are trying to figure out how | News | Pittsburgh | Pittsburgh City Paper

Each day, the chaos of the internet is filled with wretched news stories and terrible opinions. It would be an unrewarding slog if it weren’t for the beacon of hope that brings us all together: memes. There is no political event or pop culture moment that can’t be turned into a meme, and no meme that can’t be remixed into oblivion. But for some, accessing these memes is no easy task. Around 8 million Americans have some type of visual impairment, according to 2012 data from the Census Bureau. While much of the internet is accessible to people with visual impairments through screen readers, which transfer text into audio or Braille, translating images, including memes, for the visually impaired is more difficult.

A group of researchers at Carnegie Mellon University have been working to make memes more accessible, combining audio text and music cues to mirror the effect of a visual meme. Twitter, for example, was founded as a text-based social media platform, at first making it easily accessible through screen readers. But now, millions of images and gifs are uploaded every day, and only 11% of them are paired with a caption that describes the image.

“The real question was, can you really just write out what's in the meme, or will that kill the joke?” says Cole Gleason, a Ph.D. student at CMU and one of the authors of the paper “Making Memes Accessible.”

Memes, like any good joke, can lose some of their spark when trying to translate, as any young person who’s ever tried to explain a meme to an old person would know.

“We recognize that, for all images on the internet, this is a very hard problem, but focusing in on some of these subsets like memes isn't actually as difficult because they had certain constraints,” he says.

Memes are hard to define, and best identified with a “you know it when you see it” mentality, but most often feature a viral image or gif accompanied by a joke format. The memes Gleason and his colleagues have worked with are what you might call “vintage memes” from an earlier era of the internet, back when people weren’t even sure how to pronounce “meme.” (It’s ‘meem,’ like dream.) The memes feature common images overlaid with a repeated joke format. Think of old friends like Success Kid or Philosoraptor or the Socially Awkward Penguin.

Gleason says the benefit of working with this type of meme is its simplicity. “If we know that the format of the joke is this and we can extract the text, we can probably figure out a way to put those together,” he says.

Instead of having an audio description that describes “toddler clenching his fist” followed by the joke, the researchers’ accessible memes create an audio version of the joke text, set to mood-appropriate background music. The idea is to create a sound that mimics the feeling. Think of a victorious sound for Success Kid bragging “Put candy bar in the shopping cart … without mom noticing,” or a pensive, dream-like tune for Philosophizing Raptor asking, “Do vegetarians … eat animal crackers?” 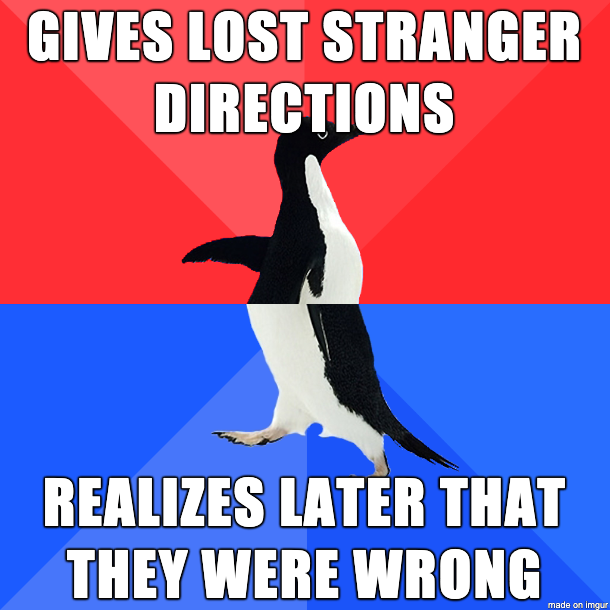 As part of the research, Gleason and his colleagues talked to blind Twitter users about their experiences on the platform, and whether or not they had a desire to better understand memes. Some said yes, some didn’t care, and some were already well-versed in them. Many of the users they spoke to didn’t necessarily like the soundtracked version of the memes because they were used to alt-text that worked with screen readers.

But Gleason still thinks there’s hope for making it work. His goal is to set up a crowd-sourcing site where people could submit memes and other people could create sounds for them.

To some, making memes better accessible to people with visual impairments or other disabilities might not seem like groundbreaking, or even necessary work. But memes are an essential part of the internet. At their best, they bring people together to laugh at and riff off a joke (at worst, it’s a medium for alt-right trolls to express their demonic tendencies).

“You see this in accessibility where people are like, ‘Why are you working on memes when you could be helping blind people get to work or do their jobs?’” says Gleason. “People forget to prioritize recreation or fun.”