“I can see people in our business district all the time now. A trail can only enhance all of that.” 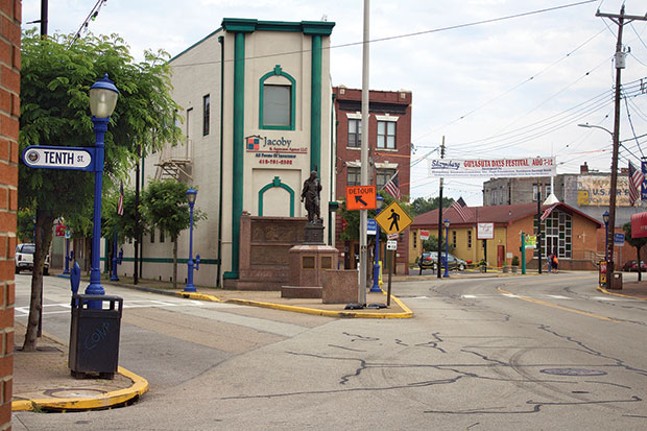 By car, it only takes a few minutes to get from Millvale to Sharpsburg. But try getting there without a car, and you’re in trouble. Buses are infrequent (one an hour), walking takes more than an hour through sidewalk-less streets, and biking means traversing up and down 300-foot slopes on roads without bike lanes. Even if you’re driving, it’s easy to miss Sharpsburg and its neighbor, Etna, because Route 28 doesn’t actually funnel cars to the towns, it passes over them.

But Sharpsburg and Etna want to change that. The towns, along with nearby Shaler and Millvale, have joined forces to champion a riverfront trail extension from Millvale. Town leaders have already received grants to extend the trail, and they believe by creating bike and pedestrian access, the towns will attract weekend recreationists as well as potential residents looking for walkable, bikeable and affordable towns.

“‘River town’ used to be a derogative, negative comment,” says Etna borough manager Mary Ellen Ramage. “But to be here now and recognize what a blessing the river is, it’s different. I can see people in our business district all the time now. A trail can only enhance all of that.”

On Aug. 10, the river towns got some good news at a Pennsylvania Utilities Commission meeting. The trail-extension project had been held up because of a dispute over who has access to a small railroad bridge over Pine Creek. Norfolk-Southern Railway claimed the access was controlled by it, meaning the boroughs were going to have to spend about $3 million constructing a bridge over the tracks.

But according to Ramage, after some digging by Etna and the Pennsylvania Environmental Council, including discovering deeds from the 1800s, it was determined the railroad bridge is actually a public-access point; Norfolk-Southern confirmed this at the PUC meeting. This means the trail can cross the tracks without a bridge.

With the path clear, literally and figuratively, Ramage says Etna is very close to starting the trail project, which will include a riverfront park and access to Etna’s business district via Bridge Street. Ramage says grant money is already allocated for the trail, although the borough needs to check how the funds can be spent, since part of the grant was meant for the now-unnecessary bridge.

Regardless, Ramage sees the trail as a huge boost to Etna. She cites all the small businesses (breweries, coffee shops, bars, etc.) moving into Millvale — where the trail from Pittsburgh’s North Side currently ends — as evidence that trails can bring in economic development.

“The success here moves development all the way up the river,” says Ramage. “It changes the outlook of the entire region.”

And just up river from Etna, Sharpsburg borough councilor Matt Rudzki agrees. “I think economically, it will help Sharpsburg. If you look at Millvale, the trail was the first economical thing attracting small businesses,” says Rudzki.

He adds that Sharpsburg is already preparing for changes the trail might bring. Sharpsburg has waterfront access at James Sharp Landing park, where the trail will extend to. Rudzki says the borough is creating plans that will provide bike/pedestrian-friendly infrastructure up from the park into Sharpsburg’s business district, which already includes popular craft-brewery Dancing Gnome. 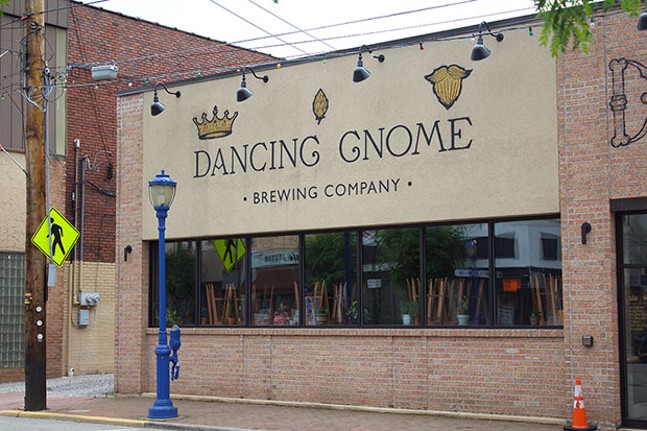 “Our parents sort of went into the suburban lifestyle,” says the 31-year-old Rudzki. “But you see people returning because they like to walk to businesses and restaurants, and to have access to the river.”

Over the last 20 years, Pittsburgh and other communities have had success redeveloping riverfronts for shopping malls and sports stadiums, as well as recreational use. But Chirdon sees this trail extension as a new opportunity: one that keeps the trail natural and owned by the public, while enhancing small local businesses in towns that could use an economic boost. (Both Etna and Sharpsburg have average household median incomes well below the Pittsburgh region average of $52,500.)

“I have been trying to capture the sentiment of this trail, and what I tell people is, ‘Pittsburgh has been burdened by having its waterfront captured by industry,’” says Chirdon. “It’s a tragedy that [that industry] collapsed, but we now have an opportunity to recapture [the land]. Waterfront property is premium; this is our chance. If we don’t reclaim this for the public use, private development will scoop it up.”