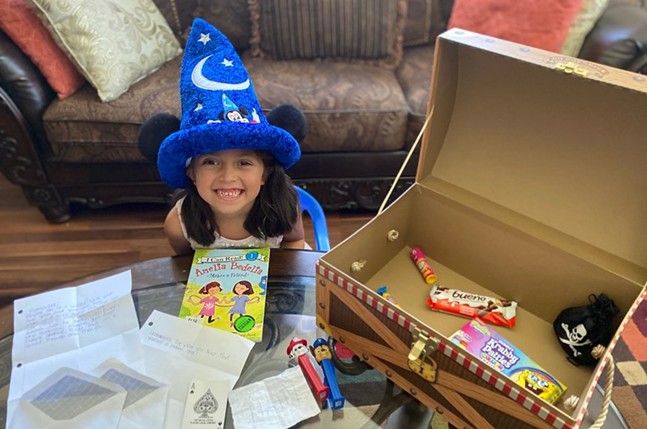 The Pittsburgh Cultural Trust recently announced that a virtual version of EQT Children’s Theater Festival will now run through Jan. 31, 2021 to “give families another chance to engage with the arts and spend time together in a safe way,” according to an announcement. The festival originally launched on Nov. 19 as a follow-up to the May EQT Children's Theater Festival, an annual Downtown event that was moved online this year due to concerns over the COVID-19 pandemic.

Among the activities listed are full-length performance streams of shows such as The Wizards Of Oakwood Drive. Created by New York-based artist Tom Salamon and originally produced by the La Jolla Playhouse, The Wizards Of Oakwood Drive is described in a press release as a live, interactive Zoom performance about two sibling wizards competing in an “all-out, winner-take-all magic spell contest.” Each performance invites up to 10 young viewers (the show is recommended for ages 4-9) to “embark on a treasure hunt around their own homes” and serve as a panel of judges as the characters “enact increasingly hilarious and mysterious spells.”

Other EQT Children’s Theater Festival @ Home offerings include a scavenger hunt, free workshops covering everything from puppet-making to chess, storytelling, and more, as well as fun sensory-friendly options for children with autism spectrum disorder and other sensory sensitivities. Many of the activities are presented by local nonprofit arts and cultural organizations such as the Carnegie Museum of Natural History, CitiParks, and Bricolage Production Company.