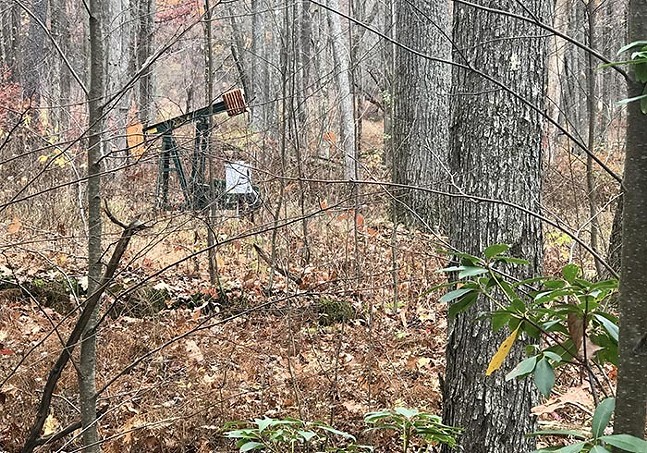 Environmental activists are calling on a state agency to eliminate access fees for a database containing detailed information about orphaned and abandoned oil and gas wells across the commonwealth that they believe Pennsylvania taxpayers should have access to free of charge.

Oil and gas well watchdogs are asking the Pennsylvania Department of Conservation and Natural Resources to drop a $5,000 subscription fee and the $500 annual maintenance fee on its Exploration and Development Well Information Network (EDWIN) database.

“Oil and gas well records should be available to all Pennsylvania’s citizens, not just a select few citizens with the ability to pay DCNR’s exorbitant charges,” a petition to DCNR Secretary Cindy Adams Dunn reads. “We the undersigned demand DCNR stop charging citizens $5,500.00 to access the EDWIN database.”

The EDWIN database, named in honor of Edwin Drake, whose Titusville well struck oil in 1859, contains, among other details, data on the location, ownership status, construction information, and completion reports of oil and gas wells in Pennsylvania.

The database was created in 1995 using Pennsylvania Department of Environmental Protection data. The DEP data is then processed and published to EDWIN by the Pennsylvania Geologic Survey (PAGS), a state bureau overseen by DCNR, to provide a “comprehensive view of Pennsylvania’s oil and gas well data.”

According to DCNR, included in the EDWIN subscription fee are the costs of the “software license for accessing the system, technical training and support on the use of the system, and as-needed software upgrades and maintenance.”

DCNR said that the fees levied to access EDWIN are used to “purchase client licenses, support software and make the system self-sustaining.” The department notes that the subscription fees for EDWIN have not increased over its 27-year existence despite the increased cost of hosting and maintaining the database.

“Knowing that it exists, I would love to be able to access it … but I don’t have $5,000,” Barr said, adding that she’s driven to Pittsburgh from her home in Coudersport, Potter County – a three-and-a-half to four-hour drive each way – to access EDWIN free of charge.

Barr, who uses the EDWIN database maintained by DCNR to locate orphaned and abandoned wells for her research on stream health, claims that the data in EDWIN is more reliable and provides better information than data from the DEP, which oversees oil and gas wells in the commonwealth, as well as plugging operations.

Deborah Klenotic, a spokesperson for the DEP, said that DEPs data tools about oil and gas wells are “complementary” to DCNR’s tools, including the EDWIN database.

“The purpose of DEP’s public reports and applications is to provide the most accurate and up-to-date data available on well sites and surface-related activities, such as earthmoving and authorizations; stream crossing/encroachment and authorizations; waste storage, processing, and disposal and authorizations/approvals; and inspection, enforcement, and compliance data,” Klenotic said.

“In contrast, EDWIN provides a ‘deep dive’ on data on individual wells, primarily the downhole construction and geologic profile of the wellbore, as well as geologic reservoir information. Much of this data is reviewed, interpreted, and perhaps updated by DCNR geologists,” she said.

Klenotic also told the Capital-Star that most of the DEP’s publicly available data on oil and gas wells is “reported by the operator,” which could explain some of the inaccuracies – missing/non-existent wells and wells with incorrect plugging statuses – that Barr has found after visiting reported well sites using DEP data.

Klenotic said that “If errors are identified, DEP reaches out to the operator and requires them to resubmit corrected data.”

“The DEP records are a mess,” Barr said, emphasizing that the issues with DEP’s records are part of why accessing the data in EDWIN is vital.

“Wouldn’t it be nice to know that you’re not buying someone’s oil field?” Barr asked. “Wouldn’t it be great if an insurance company could just go to a database and find out if there’s a well there?”

“It needs to be made available for people,” Barr continued.

Feridun told the Capital-Star that she plans to submit the petitions to DCNR’s Dunn on or around July 25 for consideration.

“I hope that DCNR will take the step that we are asking them to take,” Feridun said, “it’s our data.”

A spokesperson for DCNR told the Capital-Star in an email that they “appreciate the interest” in EDWIN and will “take those comments into consideration for future iterations.”

Cassie Miller is an associate editor at the Pennsylvania Capital-Star, where this story first appeared.