About 30 years ago, Duquesne University philosophy professor Edward Gelblum began running City Books. In the wake of Big Steel's collapse, the East Carson Street storefront, known under its prior owner as City Books and Antiques, occupied a corridor thick with neighborhood bars. Within a few years, the South Side would also be studded with art galleries and performance spaces, with cozy, wooden-shelved City Books as a cultural anchor. In the '90s, as one of several bookstores in the neighborhood, City Books expanded to two floors of mostly used tomes, added a coffee bar, and perennially ranked among book-lovers' favorite spots in town.

Things have changed. Those neighborhood taverns were supplanted by destination bars and restaurants. Clothing boutiques moved in. Most of the galleries are gone. And as of Dec. 31, for the first time in decades, the South Side will be without a bookstore, as City Books shuts its doors. 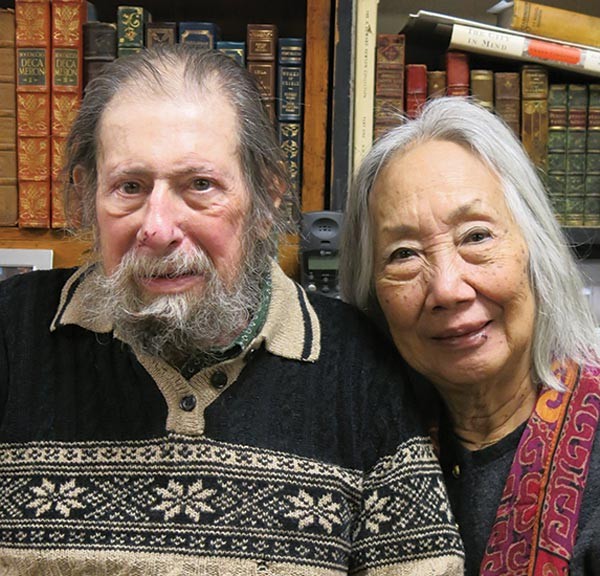 The closure is only partly due to changes in the neighborhood, and the Internet's toll on bookshops; it's been years, Gelblum acknowledges, since the store turned a profit. Still, he and his wife, Chong Ae Gelblum, were fixtures there, especially after retiring from their day jobs. But last year, as Gelbum's health declined, they started downsizing. The store at 1111 E. Carson (Gelblum and his family bought the building in 1989) is back to one floor, its distinctive spriral steel staircase now mostly ornamental. A closing sale cutting everything 80 percent began in November. (Just sayin': first editions of Toni Morrison's Paradise and David Attenborough's The Living Planet for $6 total.)

Gelblum sat for a recent interview at the store, where his wiry gray beard and studious manner were as familiar as the leatherbound collectibles shelved behind the massive, wheeled wooden front counter. "What we want is that someone will buy the whole place and carry on," he said, though no one's yet expressed an interest.

Gelblum, a Baltimore native, met Chong Ae as a serviceman in Korea in the '50s. He began teaching at Duquesne (political philosophy, phenomenology) in the 1960s. Before taking over City Books, he sold books out of the couple's Mount Lebanon home. "You should see our house, there is nothing there but the books," says Chonge Ae. "He's just a reader." The couple has two children. Gene, the elder, occupied the building's third-floor flat for years. Natasha lives in Hawaii but recently visited to help close things down. "I kind of grew up in the store here," she says.

"City Books was one of the literary centers in Pittsburgh for many years," says Michael Wurster, the poet and teacher whose Pittsburgh Poetry Exchange long held workshops and readings there. The shop hosted other readings, including some by luminaries like the late, locally based novelist Lewis Nordan, says Gelblum. City Books was a stop on the annual South Side Poetry Smorgasbord reading event. And for years, every annual Bloomsday tribute to Joyce's Ulysses ended on City's second floor, with a reading of Molly's famous soliloquy. Gelblum even recalls hosting events for nearby City Theatre and Silver Eye Center for Photography.

"It was a great bookstore," says longtime customer Wurster. While Gelblum specialized in scholarly works in fields like philosophy, psychology and Judaica, even today the store has a nice selection of history, art and fiction. "He has a very good poetry section," says Wurster. "It was just a very welcoming situation."

Wurster notes that newer bookstores elsewhere in town are filling City's cultural niche. Still, recent visits to City Books conjure a wake. "I think it's sad," says frequent visitor Jon Hewson, 23, who works at a nearby restaurant. "I wish I could do more financially to help them out. ... It's a place that should be kept alive somehow."

City Books will be open irregularly through year's end. Tuesday and Thursday afternoons are the best bets, but call ahead at 412-481-7555.