Stroking Its Ego will push the boundaries of sensuality and eroticism 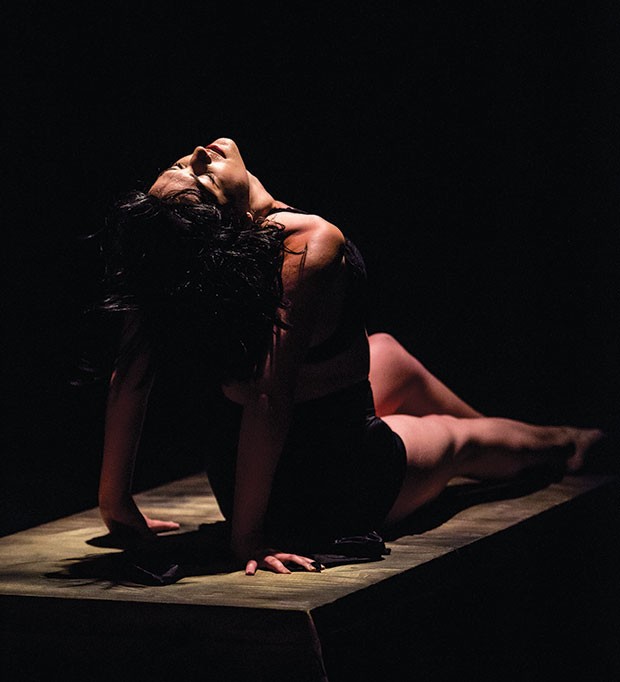 Elisa-Marie Alaio says she recently returned to Pittsburgh after a brief stint in Los Angeles with a mission: to take full ownership of fireWALL dance theater and bring it to a wider audience.

fireWALL was founded in 2013 as the resident dance company of Carnegie’s off the WALL Performing Arts Center. Alaio is its artistic director and choreographer, and a dancer. While she says the company will always perform there, she says she saw the potential for more after touring its last production, Eff.UL.Gents, to New York in November. For the moment, however, Alaio and company continue their relationship with off the WALL by mounting their latest production, Stroking Its Ego, on the center’s Carnegie Stage, with four performances June 22-25.

The hour-long Stroking Its Ego, choreographed by Alaio, was inspired by the music of Brooklyn-based singer-songwriter Allan Rayman. “I discovered his music about a year-and-a-half ago and really connected to it,” says Alaio. “His words are very poetic, and [the feel] of his music is exactly how I like to dance it.”

The work features eight dancers, two men and six women, including Alaio. With arrangement help from PJ Roduta, Alaio chose 14 songs from Rayman’s two albums as the work’s soundtrack, as well as providing its loose narrative and emotional arc. Added to that are voice-mail recordings from Roduta’s girlfriend, Inga, that act as a thread connecting the work’s three sections, each titled after lyrics in Rayman’s songs. The first section, “Killing My Lonely,” is an exploration of ego and the different sides a person can have. The second, “Pussy Is Power,” is not a feminist manifesto, says Alaio, but rather a celebration of being feminine. The work’s final section, “Welcome to the Circle,” features the dancers sharply dressed and moving through powerfully athletic choreography tied to the music.

Alaio, who has a background in burlesque, says Stroking Its Ego, like fireWALL’s past few productions, will push the boundaries of sensuality and eroticism without being salacious. “I’m a woman and appreciate women’s physiques and like to show that in my works,” says Alaio.