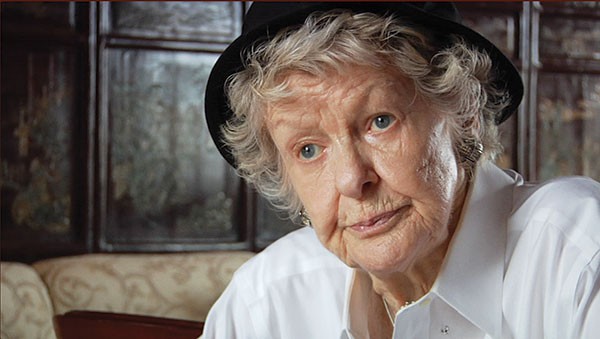 "Everybody's got a sack of rocks," explains Broadway legend Elaine Stritch. But while the 87-year-old performer has her share of troubles, Chiemi Karasawa's documentary portrait, Elaine Stritch: Shoot Me, makes clear that little is holding Stritch back from singing, touring, being Elaine.

The film mostly follows Stritch has she prepares for a new revue show, singing Stephen Sondheim songs. It takes a spin through her 30 Rock appearance (she and Tracy Morgan check their blood sugar together), and Karasawa uses the occasion of Stritch sorting through old photographs to relate anecdotes about her past, such as her chaste date with a young JFK.

The doc is standard fare, but Stritch makes it compelling. She's a hoot — gamboling around Manhattan, performing in only a dress shirt and black tights, ordering the cameraman around and faking an injury to get out of a traffic citation. Karasawa interviews Stritch's colleagues and staffers, and they provide some insight into a woman who, like many long-time, mildly eccentric performers, clearly straddles the line between fun and frustrating.

For Karasawa's cameras, Stritch is nearly always on, but occasionally the mask slips: A health scare finds her questioning mortality, and even a living legend gets undone by stage nerves. But Stritch perseveres: "The fear is all part of the excitement."