With some programming changes and varied voices, the Jazz Festival keeps it fresh 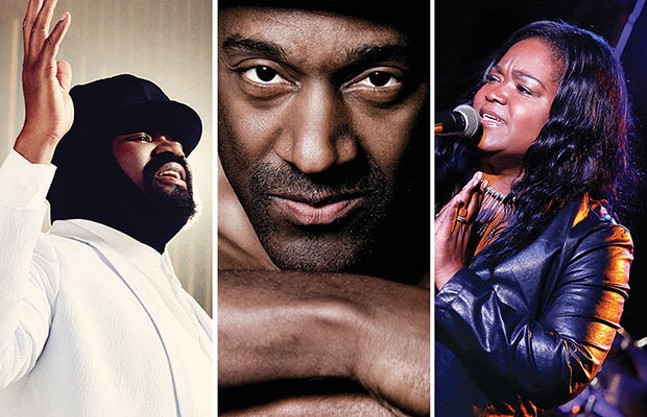 The Eighth Annual Pittsburgh Jazz International Festival kicks off this weekend using the same model since the early days.

With the exception of a few ticketed items, this festival predominantly features free outdoor concerts, with sets by renowned jazz artists. Following main events, a free jam session offers the chance for these musicians to combine forces with local players.

Some minor changes are taking place this year.

Janis Burley-Wilson, who launched this festival while working at Pittsburgh Cultural Trust, now serves as president and CEO of the African American Cultural Center, located at the August Wilson Center. The festival has moved along with her, from Penn Avenue up around the corner to Liberty Avenue, taking advantage of wider streets and closer proximity to the August Wilson Center. Programming this year also includes master classes and artist talks.

Among the roster of performers is drummer Terri Lyne Carrington, who is no stranger to Pittsburgh. She has played numerous times at the Pitt Jazz Seminar. The late Geri Allen, who directed the seminar most recently, will be the subject of her festival appearance in a group that includes Orrin Evans (piano), Tia Fuller (saxophone), Kenny Davis (bass), and Val Jeanty (turntables).

“Geri was in some ways like a big sister because she was a little bit older than me,” Carrington says. “She had a very quiet strength, a real quiet fire which came through in her playing as well. She kept pushing whoever she was playing with, or whoever she was working with. She made me see our value even more — our value as jazz artists, our value as women.”

With her Mosaic Project albums, Carrington saluted and worked with numerous female jazz musicians. Her new Social Science project features music driven by the current political and social landscape. In the wake of the #MeToo movement, Carrington has also become busy, speaking off the bandstand as well.

While it sometimes cuts into her creative work, she sees the importance of it.

“For me, the #MeToo movement moves into gender equity, which I actually call gender justice,” Carrington says. “Because … justice implies transformation.”

Tenor saxophonist Donny McCaslin — who appears on Sunday afternoon at the Smithfield Street Stage — was already firmly established as a performer, with 10 albums as a leader, in addition to work with composer/bandleader Maria Schneider. Then his career took a turn in 2016 when his quartet collaborated with David Bowie on Blackstar, which would be the Thin White Duke’s final album. If it means his name is constantly linked to Bowie, McCaslin has no qualms.

“It has brought more attention to my individual work, but it was such a special experience working with him, something that felt transformative and affirming in such a deep way. Being associated with that is nothing but positive,” he says.

“It couldn’t have been more of a creative environment to work in. He was open to everything that we wanted to try.”

Even before working with Bowie, McCaslin had been combining his muscular tenor saxophone voice with electronic music and drum and bass grooves. This quartet also includes bassist Tim Lefebvre, of Tedeschi-Trucks Band, and drummer Zach Dansinger, whose soundtrack work brings a producer’s mindset to the table. Jason Lindner combines an acoustic jazz background with the skill at creating rich soundscapes on electronic keyboards.

“He’s really able to manipulate sounds in the moment as we’re playing, and he’s able to have the aesthetic of an improviser and composer [who] has this really organic relationship with the sounds that’s really unique,” McCaslin says.

The result is a group that can set a mood without sacrificing the bite of intense solos.