Eddie Izzard is back, with more history behind him than ever

The British comic is hitting up fans for "Historical Facts" 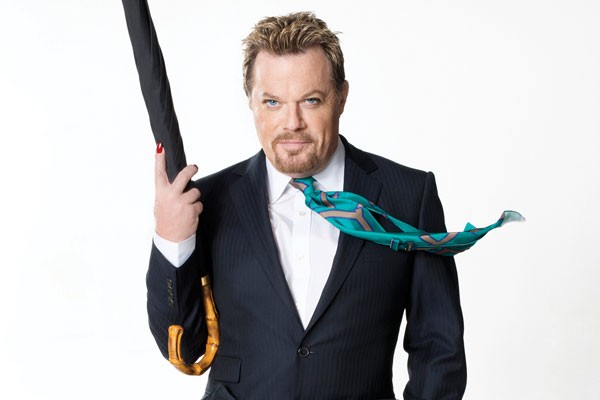 Weather or not: Eddie Izzard

It takes less than five minutes of conversation with Eddie Izzard to firmly establish that the British native's knowledge of the history of the United States surpasses that of most of its citizens.

As he speaks with City Paper by phone from Boston, further talk demonstrates that his study extends beyond the development of the 50 states, and explores the rise and — in some cases, fall — of every empire since mankind started keeping records.

"The more you read about history, the more you learn about humanity," says Izzard, who's in the midst of a press junket for the Force Majeure tour, which hits Pittsburgh for two shows this weekend. And indeed, the history of the world is a recurring theme in his material.

That's not too surprising, coming from a comedian whose work examines human nature, peering with bemusement upon our strangeness as a species, capitalizing upon the hilarity of all our many quirks and flaws, and having fun without making fun.

His breakout work in the United States, 1998's Dress to Kill tour and concert film, introduced an eager public to a keenly intelligent comic who honored the audience by bypassing the standard formula of set-up and punchline to instead just talk, with piercing wit and sharp insight. The result was somewhat messy monologues with no discernible jokes, but continuous humor in their place. The perplexing choice of a stage name, dessert or life's end; subtle differences between British and American spoken English; and Christian co-opting of pagan holidays — these topics won a die-hard audience that, a decade-and-a-half later, still busts out, "At this rate, we're going to run out of cake," upon any occasion even remotely appropriate.

Izzard has also had success on the theatrical stage — with a Tony nomination for his Broadway debut, as Bri in a 2003 revival of Peter Nichols' A Day in the Death of Joe Egg. And has compiled numerous appearances in feature films and on the small screen.

With Force Majeure, Izzard now dissects musical theater, his life as an "action transvestite," the development of the English language, the Olympics and the use of smoking implements to convey intelligence. As always, relevant historical subjects contribute to his musings. And this time around, as he travels from one U.S. city to another, along with sharing his knowledge of his surroundings he builds upon it: Izzard seeks to supplement his already-encyclopedic store of information with a little help from his fans.

Through his Facebook page, Twitter and Instagram, Izzard is collecting what he calls "Historical Facts." He is inviting residents of the cities in which he'll perform to provide him some advanced schooling by passing on lesser-known information about their hometowns — not necessarily secret histories, but perhaps stories not as widely told.

Armed with that information, he'll record and post short videos, in dressing rooms, theater offices and hotel suites, relating and expounding upon the best three submissions from each city — though if provided with many juicy choices, he might not be able to stay within that limit. In Boston, art theft, education and the first successful use of sleepwalking as a defense for attempted murder and brothel-burning made the grade. Philadelphia brought up Yuengling Brewery and the previous tenancy of the spot where the Liberty Bell now rests: George Washington didn't sleep there, but his slaves did.

"You don't always learn about where you live," Izzard says. "When we were growing up, our historical education was focused on America in the Roosevelt years. They don't teach you about where you are: That's far too dangerous."

While we're not often taught the down-and-dirty details of the neighborhoods where we receive our formal education, once we're out of the system we often learn them on our own. Izzard's giving us a chance to share with him — and his audience around the world. At the moment, the videos, a few weekly, are all he's doing with the Facts. In the future, he says, further investigation or incorporation into performance might ensue.

While this interactive project focuses on the local, Force Majeure is global in nature. The tour has already traveled through other continents, and Izzard has taken pains to offer material that speaks to everyone. That includes a healthy dose of historical examination. "You can see our future written in our past," he says.