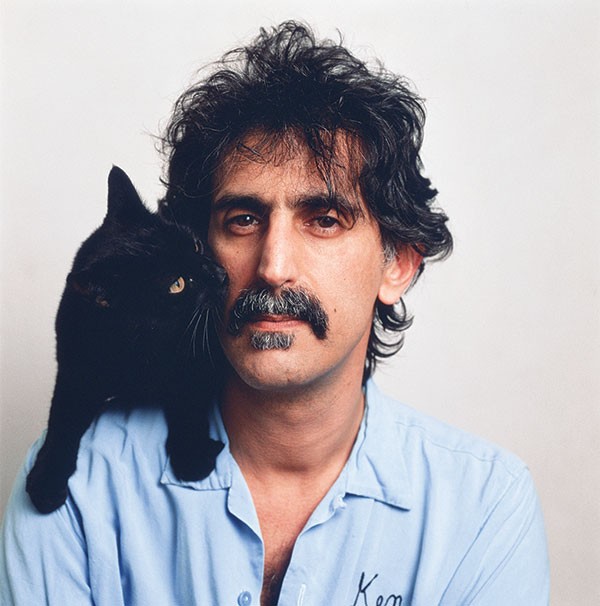 Frank Zappa
There are some good and bad things about Eat That Question, Thorsten Schutte’s new documentary about iconoclastic musician Frank Zappa. If you’re a fan, it’s a lively collection of archival footage, all featuring Zappa talking about himself, the entertainment industry, his creative processes and so on. But if you don’t already know much about Zappa, you’re gonna struggle: The clips run more or less in chronological order, but they aren’t identified, and context is yours to fill in. That’s pretty daunting for a newbie: Zappa’s career stretched over several decades, and ran the gamut from serious to silly, with no shortage of influences and impacts.

But Zappa is an entertaining interview, even as he clearly expresses disdain for the process (“two steps beyond the Spanish Inquisition”). Things get weird fast as a clean-cut Zappa appears on The Steve Allen Show in 1963 to show Allen how “play” a bicycle, while the house band is encouraged to make any sound at all; it’s a glorious cacophonous mess. From there we move through the years with Zappa’s band The Mothers of Invention; the 1971 film 200 Motels; various media outrages; his increasing popularity overseas; and his late-career pivot to experimental classical composition.

Zappa lives up to his reputation as a thoughtful weirdo; he is articulate, quick-witted and provocative. He relishes the role of cultural critic, and it’s fascinating to see how media-savvy and self-aware he is long before that was something we expected of entertainers. These are skills that were especially useful in his testimony before the U.S. Senate in 1985, where he brooked no fools in dismantling the arguments of the Parents Music Resource Center, which advocated for commercially restricting music with sexual or violent content.

Zappa died of cancer in 1993. Watching him tear into the assorted hypocrisy, corporate bullshit and sheeple of his times is amusing in a retroactive way, and one can’t help but wonder what he would have made of today’s cultural foibles.