The art is great, but what about the food? 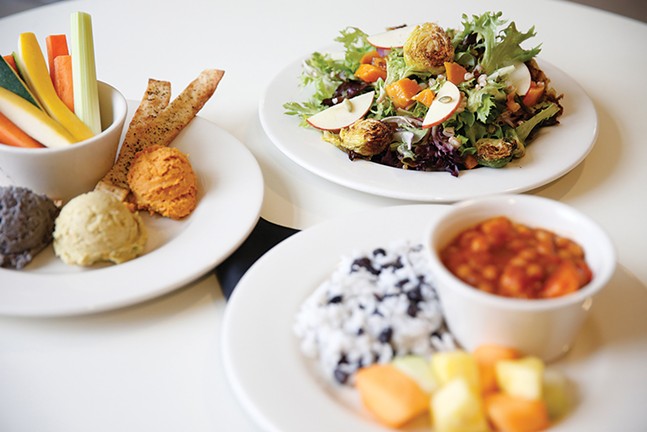 Looking at art can really work up an appetite. As a result, museums have installed cafés and restaurants as a way to sate hungry patrons and entice them to stay longer. But how do these eateries compare to independent establishments? And how do they reflect the mission of their anchor cultural institutions?

Whereas restaurateurs are free to experiment with their own concepts, setting up shop in an existing establishment can be a bit more challenging, especially when those places serve a public need or run according to a specific theme.

Since 1994, The Frick Pittsburgh has operated a restaurant on the same grounds as its museums and gardens. The organization originally envisioned a grab-and-go concept, where people could buy sandwiches and drinks, but ultimately decided to go with The Café at the Frick, a sit-down dining experience complete with seasonal, American-style cuisine.

“It took on a life of its own and they decided to do something a little more upscale,” says Linda Buker, director of policy and internal resources at The Frick. She believes the café works to further immerse visitors in the Gilded-Age elegance of the site and the different buildings filled with “lovely treasures.” Among them are the Clayton, a restored home-turned-museum that once belonged to the Frick family, and the spectacular late-19th century greenhouse.

The period theme extends to the café’s offerings, where guests can indulge in Victorian-style high tea, complete with treats made by an in-house pastry chef.

“We want to have something that is very unique,” says Buker. “There’s a lot of things we’re trying to accomplish, not just presenting as a stopover for somebody to obtain sustenance, but really to sort of extend the experience that they have in either the museum or Clayton or the greenhouse.”

The Carnegie Museums reached a similar goal recently when a restaurant was planned for the adjoined Art and Natural History sites in Oakland. Though only two years old, Café Carnegie, located in full view of CMOA’s windowed lobby, has assimilated easily into its surroundings.

“The café is all about an elevated experience, and that’s what we shoot for in everything we do at our museums,” says Kelly Thornton, director of special events and retail foodservice at the Carnegie Museums, calling Café Carnegie “a fresh take on the classic bistro.”

Much like The Frick, Carnegie Museums also forewent quick fixes for a more heightened dining destination. To achieve this, The Café Carnegie brought on Sonja Finn, a James Beard-award semifinalist chef and owner of the East Liberty specialty pizzeria and wine bar Dinette. Under her direction, as well as that of chef de cuisine Becca Hegarty, the spot made a name for itself with its lunch, dinner, and brunch menus featuring locally-sourced meats and produce, and fresh bread and pastries, as well as a coffee and wine bar with curated beverage lists. Hegarty, who now owns Bitter Ends in Bloomfield, was replaced with current chef de cuisine, Jacob Kuhn.

“The Café Carnegie immediately benefited from the creativity, experience, and long-term relationships of chef Sonja Finn,” says Thornton. “Her partnerships include other passionate food artisans who consistently deliver stellar produce and products. It’s been a wonderful collaboration.” 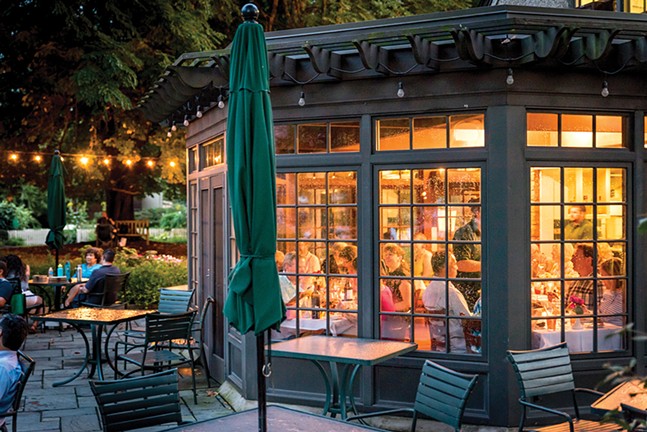 Diners inside The Café at the Frick.

In terms of fitting in with the Carnegie Museums, Thornton says, “The Café Carnegie contributes to making a visit to the Carnegie Museums in Oakland a special, memorable experience. It also introduces more people to our museums who may not have visited before.”

She adds that they often host special museum events, including FEAST, a program at CMOA that, according to the website, “takes its cues from art on view at the museum for a completely unique, one-night-only immersive cultural experience.” FEAST often welcomes chefs from around the city to cook in the Café Carnegie, including an upcoming evening with Keyla Nogueira Cook of the Highland Park pop-up restaurant Casa Brasil.

Phipps Conservatory and Botanical Gardens in Oakland has gone the extra mile to ensure its principles come through whenever a visitor sits down to eat a meal. Much like the Frick, Phipps president and CEO Richard Piacentini says the organization originally envisioned “a typical museum café, where a lot of the food is produced off-site.”

“There wasn’t even a stove or hood in the café in the original design,” says Piacentini.

However, the idea changed once the building went into the process of becoming LEED-certified, a distinction only given to structures designed and built to reduce its negative impact on the environment. “We started to ask ourselves how we make the café reflect the sustainability of the building,” says Piacentini. “As that process evolved we kept looking at how to make sure that the café aligns with our mission, which is to advance sustainability and promote human and environmental well-being through action and research.”

As a result, Café Phipps, which opened in 2005, has taken measures to ensure it contributes to the health of people and the planet. That includes no plastic disposable utensils and cooking from scratch with organic and local foods, cage-free eggs, and meat and dairy products sourced from humanely raised animals. As expected of a place that specializes in botanicals, it also manages its own garden and offers vegetarian and vegan options.

“People protested [us] getting rid of soda,” says Piacentini. But he believes the choice aligned with the launch of their child wellness programs and made life easier for visitors, especially parents trying to teach healthy eating habits. “If you offer a kid French fries and apple chips, which are they going to pick? So we decided let’s just not offer any of that stuff, let’s make sure everything is a good choice.”

So far, the gambles have paid off – in 2014, Café Phipps was chosen by Food and Wine magazine as one of the top museum restaurants in the country. 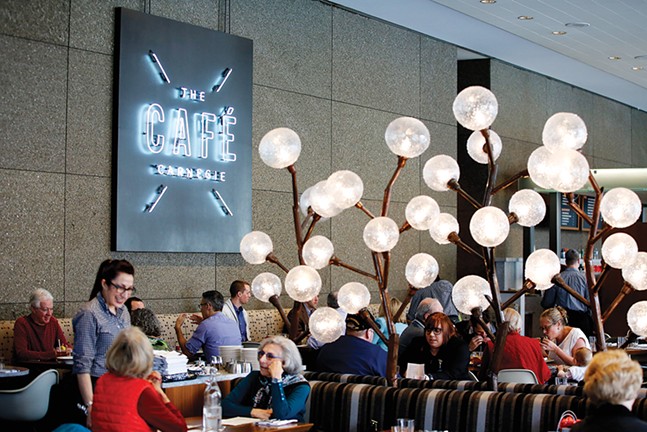 As expected of a place that specializes in botanicals, they also manage their own garden and offer an array of vegetarian and vegan options.

To expand their mission of spreading wellness, Phipps opened the Botany Hall Kitchen, a place for adults to learn culinary skills from various local chefs and food experts. “We try to emphasize this idea of healthy foods that's good for people and good for the planet,” says Piacentini.

He hopes that Phipps Café encourages other organizations to embrace the idea of being sustainable and responsible in the way they run their food services and operations and shows that success can come from trying new things.

“I always tell people you can have your cake and eat it too,” says Piacentini. “Except we don’t sell cake.”