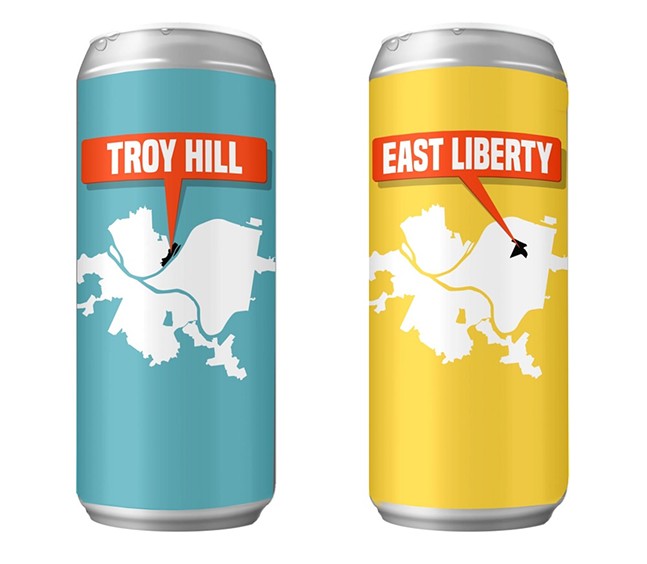 Troy Hill will release on Fri., Aug. 9 during a rare evening event at The Pear and the Pickle. The beer is described in a press release as a “tart ale brewed with salt and fresh sour cherries added for a sweet and savory taste.”

East Liberty will release Tue., Aug. 13 at East End Brewing and Repair the World Sheridan Orchard and Garden, and is described as a “smooth easy-drinking beer” with a smooth, creamy mouthfeel. The event will also allow Repair the World to discuss their work and volunteer opportunities focused on education and food justice in Pittsburgh.

Originally announced at the end of May, the YOU ARE HERE project was created to release original beers representing all 90-plus neighborhoods in the city. The first beer, an Imperial Shandy Ale, paid tribute to Allentown, followed by a hazy pale ale for Overbrook. Neighborhoods are chosen randomly by picking names out of a growler. 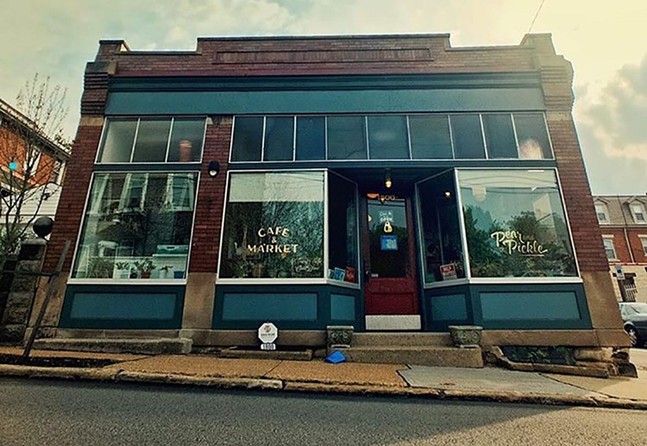 Photo: Joseph Wyman
The Pear and the Pickle
In a press release, East End Brewing owner Scott Smith says the project lets them "get out into the neighborhoods" with pop-up-style can releases and further engage with community partners. He also hopes it encourages people to "get out of their comfort zones" and explore the city more.