“I never paid attention to any of it anyway, ‘cause I was just making music.” 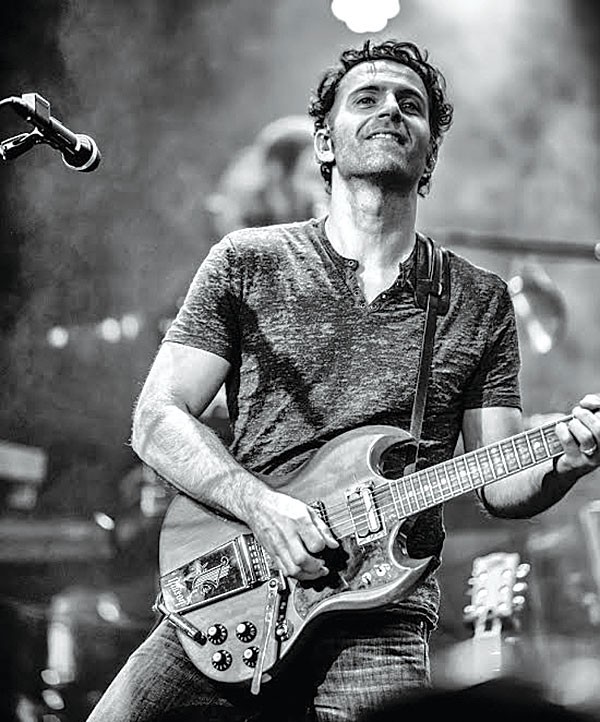 9 p.m. Fri., Nov. 4. Carnegie of Homestead Music Hall, 510 E. 10th Ave., Munhall. $22.50-69.50. 412-462-3444 or librarymusichall.com
Dweezil Zappa made a lot of news this year. Unfortunately, much of it hasn’t been about music per se. The guitarist and eldest son of the late Frank Zappa has been engaged in a very public battle with two of his siblings over the rights and responsibilities attached to their father’s music, and even to his name.

Simply put, Ahmet and Diva Zappa are in charge of the Zappa Family Trust, the official administrator of the late composer’s estate. According to Dweezil, his estranged siblings are preventing him from continuing to tour under the name Zappa Plays Zappa; he says they demand exorbitant licensing fees, and also a big cut of merchandise sales. The battle has played itself out publicly via a series of open letters, posted online. “Behind closed doors, we didn’t get anywhere,” a clearly exasperated Dweezil Zappa tells City Paper over the phone. “So it doesn’t really matter one way or the other whether it’s public or behind closed doors.”

In an attempt to put matters to rest and get on with the tour, Zappa has dubbed his group Dweezil Zappa Plays Whatever the F@%k He Wants, and is calling the current run of shows the Cease and Desist Tour.

Zappa is proud of his own music — he’s working on some orchestral pieces that he plans to debut in Europe sometime in 2017 — and there are clear echoes of the father’s composition style in the son’s work. Zappa doesn’t shy away from that fact, and accepts that he’s going to get some criticism either way. “When I started playing music and making records, people would say, ‘It doesn’t sound anything like Frank!’ But it would have been just the same if I tried to make records that sounded like my Dad when I was 15: ‘He’s trying to do stuff like his Dad, and falling short!’ It’s all that kind of B.S. that would have been part of it,” he says. “But I never paid attention to any of it anyway, ’cause I was just making music.”

And though Zappa released the excellent Via Zammata’ — the sixth album under his own name — earlier this year, most of “whatever he wants” to play onstage is his father’s intricate and challenging music. Zappa says that the current tour will showcase some of his dad’s earliest work from when he led The Mothers of Invention. Zappa says they’ll play “early Mothers stuff at the beginning of the show, a lot of it focusing on Freak Out!,” the group’s 1966 debut album.

Despite contentious run-ins with the Zappa Family Trust, Zappa feels a responsibility to expose his father’s music to 21st-century audiences. And by design, those performances are never the same twice. That quality adds to the thrill for musicians and listeners alike. “A large part of Frank’s catalog was created that way,” Zappa says, “which gives the audience a chance to see something that only they will see.” And as long as Dweezil can keep the Zappa Family Trust at bay, he’ll deliver on that score.