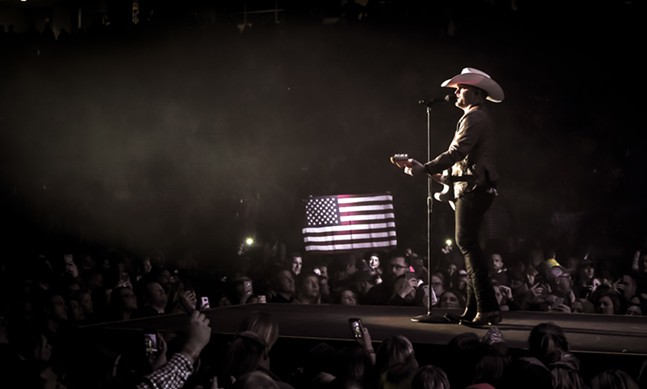 Photo: Cody Villalobos
Justin Moore
There is now another place to see Drusky Entertainment shows in the Pittsburgh area.

Today, in addition to a slew of concert announcements, the Pittsburgh-based concert promoter revealed it will now be booking shows at Wild Things Park (Consol Energy Park) in Washington, Pa. Other Drusky Entertainment locations include The Rex, The Smiling Moose, and Hard Rock Cafe in South Side, Jergel's Rhythm Grille in Warrendale, and The Palace Theatre in Greensburg, amoung others.

Only one show has been confirmed at Wild Things Park so far. On Thu., July 16, country artists Justin Moore and Tracy Lawrence are set to perform at the venue with special guest Hank Sanders. Tickets go on sale to the public Fri., Feb. 7 at 10 a.m. Drusky Entertainment and Wild Things season ticket holder presales begin the day before at the same time.

Serval other shows at Wild Things Park are in the works but have yet to be confirmed.

Le Creme Music Festival returns for its third year in Allentown on Sept. 7

Drusky Entertainment celebrates a decade of booking shows in Pittsburgh