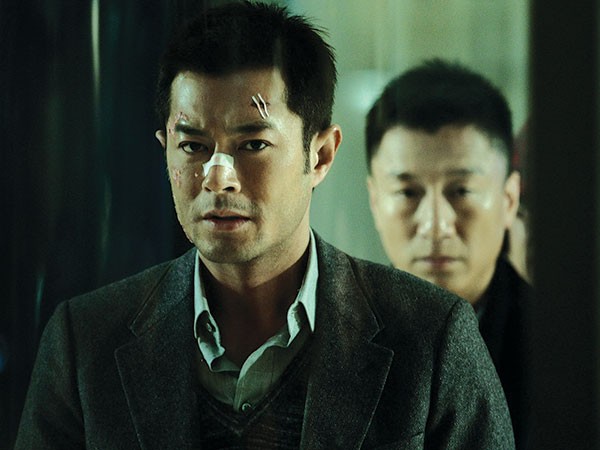 Directed by:
Johnnie To

In Mandarin, with subtitles

I have to give Drug War credit for a pretty catchy opening: In some Chinese city, a car careens out of control down a busy street, while its convulsing driver foams at the mouth. The car then drives into a restaurant. The driver slumps forward; near the gas pedal, a cell phone bleats unanswered.

The driver turns out to be Timmy Choi (Louis Koo), a high-volume meth-maker injured when his lab blew up. He lives and is soon confronted by Capt. Zhang (Sun Honglei), a cop who has been leading a team on a complex drug sting. Facing the death penalty for his crimes, Choi makes a deal with Zhang: He'll turn informer, and lead the cops to even bigger gangsters.

Drug War is Hong Kong action director Johnnie To's first film to be shot in mainland China, and is more a taut procedural than a high-octane shoot-'em-up. (Fear not: There are two big gun-play scenes amid the data-mining and stake-outs.)

The film draws its tension from the uneasy alliance between Zhang and Choi, where each alpha dog must decide how much of his carefully constructed empire (drug sting and drug sales, respectively) can be immediately compromised in order to further his long-range goals. Initially, Zhang seems like a prototypical movie cop, stoic and deadpan. But in the two of the film's most entertaining scenes, he is obliged to impersonate two gangsters — one a braying clown nicknamed "HaHa" and the other a dead-eyed, twitchy drug addict.

Drug War has a neo-noir vibe, reminiscent of certain gloomy 1970s American procedurals. It takes place in a grimy mid-level city: Scenes shot at factories, docks and highway rest stops are only occasionally relieved by those in fancy hotel rooms, the domain of drug kingpins. And despite the intensity of its cat-and-mouse game, there's a certain resignation leading up to the inevitably chaotic outcome.

Whether appeasing the Chinese censors or not, the opposing sides throughout are clear: The mainland cops are dogged, often interchangeable, warriors for law and order, whereas the criminals are capitalist vulgarians from Hong Kong, many sporting bizarre behavioral tics or physical deformities. (After his accident, Choi's face appears to be literally rotting with corruption.)

Yet there's something to be noted about the film's more cynical conclusion, which delivers the eternal, but seemingly unlearnable, lessons of the drug war: A life of crime is apt to be a short one; in the execution of justice, collateral damage can be uncontrollable; and when one gangster goes down, another is sure to fill in the void.