"We started jamming together and somehow it turned into Dream Death again." 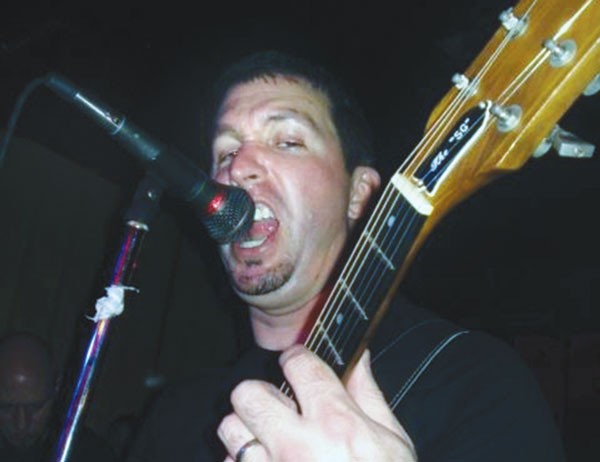 If you want to see Pittsburgh's prodigal doom band Dream Death — without taking a road trip to one of the out-of-state fests it will be playing — this weekend's Winter's Wake will likely be your only chance. "We all have jobs and families, it's hard to get all of us in the same room," says singer/guitarist Brian Lawrence of the recently reunited four-piece. "We're not young anymore. We're not trying to take over the world, so we can be picky about shows."

And for a band with license to be selective, Winter's Wake — presented by promotion company Allure of the Earth — is a good choice. In its second year, the event has made the leap from a one-day showcase of Pittsburgh's heavier offerings to a full weekend of some the metal world's most entertaining, challenging and generally awesome local and national acts.

For Jon Leone, who organized the fest with business partner Nika Shilobod, securing Dream Death as the Saturday headliner was "beyond-words awesome," and helped set the tone for the rest of the event. "We wanted to keep it a little artistic and bring in bands that aren't necessarily the most well-known or the most popular. We wanted bands that share a unique vision on music."

In its original incarnation, Dream Death had a solid local following, and probably more of a national fan base than it could accurately gauge in those pre-Internet, tape-trading days — though, Lawrence recalls, "We did seem to get a lot of fan mail from Germany for some reason." The band faded near the end of the '80s — members went on to form slightly better-known bands like Penance. But its 1987 record, Journey Into Mystery — a hybrid of sludgy doom and thrash which sounds a little like a warped, slowed-down Slayer cassette — has, over the last couple of years, enjoyed a resurgence of excited attention from metal bloggers.

All four original members — Lawrence, plus drummer Mike Smail, bassist Ted Williams and guitarist Terry Weston — remained friends, though Williams had gone on to play in Eviction and other bands, and the others played in Penance. The band's reunion in late 2011, with Rich Freund replacing Williams on bass, wasn't an attempt to capitalize on any past success, Lawrence explains. "It was a really casual thing. We started jamming together again and somehow it turned into Dream Death again." The band will debut its new material, and a new album, at Winter's Wake. "I like to think we're forward-thinking. There'll be some obvious Dream Death feelings and riffs, but some of the song structures are a little different than what people heard back in the day."

Of course, Dream Death is just one incentive to check out Winter's Wake. The diverse and consistently recommendable 18-band lineup (including those playing Thursday's pre-show) features well-loved New Jersey funeral doom outfit Evoken, Philly thrash astronauts Vektor, New York's experimentally industrial GNAW, and Pittsburgh's own crushing — and influential — all-female death-metal band Derketa. Leone expects to draw metal-heads from out of state, as well as enthusiastic locals. "Pittsburgh has one of the best audiences for metal bands of any place I've been," Leone says. "We get skipped over a lot, so whenever a show like [this] happens, people get really excited."

Editor's note: The original version of this article mistakenly stated that original bassist Ted Williams is in the current lineup of Dream Death; the current bassist is actually Rich Freund.