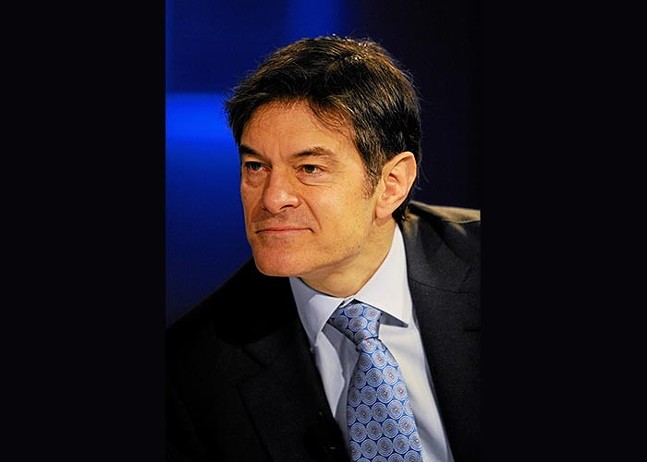 Photo: Courtesy of World Economic Forum
Dr. Mehmet Oz in 2012 at the World Economic Forum in Switzerland
The already crowded race for the Republican nomination for Pennsylvania’s open U.S. Senate seat is likely to get a bit more crowded as the Philadelphia Inquirer reports that Dr. Mehmet Oz, the well-known television host, is expected to enter the race.

Oz, who has hosted the Dr. Oz daytime TV show for 13 seasons, has a history of Republican advocacy and a successful career as a surgeon. He has hired top campaign aides and has reached out to some GOP political leaders in the state, according to multiple Pennsylvania Republicans who spoke to the Inquirer.

The apparent entrance of Oz into the Senate race comes as the early GOP front runner, Army veteran and Pittsburgh-area resident Sean Parnell, suspended his campaign after losing a custody battle with his estranged wife, which included her allegations of physical and verbal abuse by Parnell.

Oz lived in New Jersey for years, but he switched his voter registration in December 2020 to his in-laws’ residence in Montgomery County, Pa. He was born in Cleveland to Turkish immigrants, and he received his undergraduate degree from Harvard and his MD and MBA degrees from the University of Pennsylvania. Rumors of Oz’s senate aspirations have been floated for the last several weeks.

While Oz will likely have the most name recognition of any current candidate, he also already has a controversial record. In 2014, Oz was called in front of Congress and accused of playing a role in a scam involving dubious weight-loss products. Oz denied these allegations. Then Sen. Claire McCaskill (D-Mo.) said during the 2014 hearing that the “scientific community is almost monolithically against” Oz.

Oz has a history of purporting false and unproven medical claims on his show. He also advised former President Donald Trump on health-related issues during his term.