This indie film is a cringe dramedy about revisiting the past 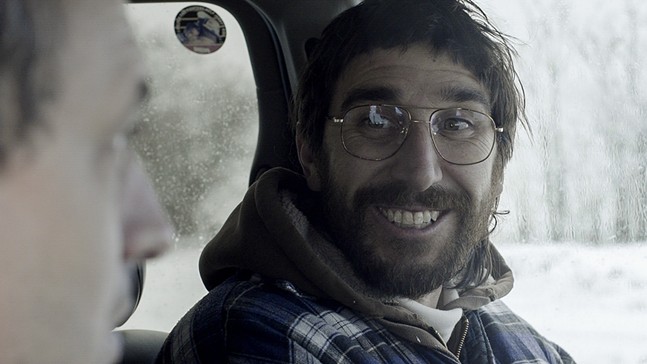 No, you can’t go home again, whether that’s a physical place, the person you used to be or the relationships you once had. But one way or another, we can end up back there, and it’s usually an awkward time. If we’re lucky (or insightful), maybe we learn something and leave a slightly better person.

That’s the premise of writer/director Kris Avedisian’s indie film, which finds Peter (Jesse Wakeman) returning to the blue-collar Rhode Island town he grew up in. It’s snow-covered, but not in any pretty calendar way. He’s only there to tend to paperwork regarding the death of his grandmother, but he loses his wallet and is forced to knock on the door of his high school buddy, Donald (Avedisian). Who is still there, and appears to be unchanged in 20 years: Living with his parents; working at the bowling alley; popping pills; still bored, restless and lonely.

Donald is overjoyed to see Peter, but Peter — who has moved on to finance in New York City — is less enthusiastic. Nonetheless, circumstances force them to spend one long day and night together, revisiting old haunts, mutual friends, joys and grievances.

Donald Cried is a cringe dramedy that will resonate most strongly with those old enough to have walked this path, and there is some finely observed details about male friendship woven through the shaggy plot. Both actors do great work, with Avedisian tackling the tricky task of bringing the frustrating and irritating Donald to life as a person worthy of, if not grudging respect, then at least a heartfelt pity.