Despite the money and adoration, being a pop star still sometimes seems like one of the most exhausting jobs in the world, especially when you’re someone like Whitney Houston 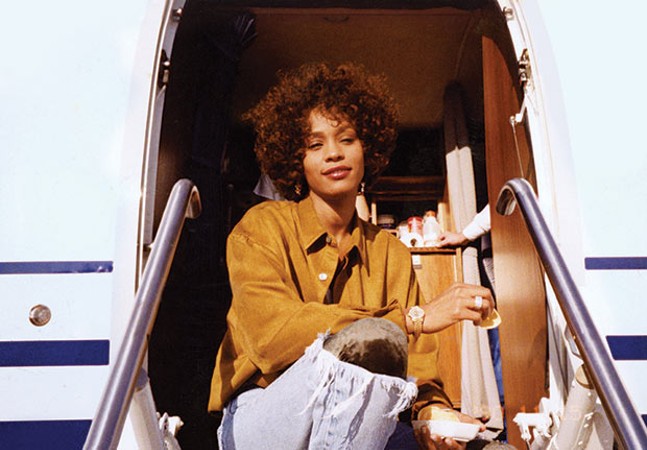 Photo courtesy of the estate of Whitney E. Houston
We will always love you: Whitney Houston in Whitney

It’s cliché to say pop stars have a hard life. But then again, it's cliché to say that their hard life is still easier than most because they have wealth and fame. Despite the hardship tempered by money and adoration, being a pop star still sometimes seems like one of the most exhausting jobs in the world, especially when you’re someone like Whitney Houston.

As we see in Whitney, a documentary by director Kevin Macdonald, being a star of Houston’s caliber bears incredible weight. Her lucrative career not only provides for herself but gives money and jobs to nearly everyone in her family; if she fails, they do too. It means holding herself back so her less successful husband doesn’t feel emasculated. It means enduring television parodies of her drug addiction as she suffered through it.

The movie spans from Houston’s birth to her death — a jarringly short 48 years for how much she lived.

Unlike last year’s Whitney: Can I be me?, this movie has the approval of Houston’s estate, including interviews with her mother Cissy Houston, her brothers, Clive Davis, agents, Kevin Costner briefly, and Bobby Brown. While it does cover her life and music, the movie is less focused on the qualities that made her songs so magnetic. It tells you that her voice was special, but not exactly why; it tells you she broke records with her music, but not exactly how.

Instead, Whitney takes a more macabre approach, zooming in and out of her life’s tragedies.

It’s an emotional rollercoaster that breaks your heart repeatedly. When Whitney’s dad sues her for $100 million, when she gets booed at the Soul Train awards for being “too white,” drug addiction, the tragedy of her daughter Bobbi Kristina’s life, and the revelation that Houston was molested as a child. The movie opens and closes with eerie a cappella vocals from “I Wanna Dance with Somebody,” twisting one of the greatest songs of all time into something darker. As Houston’s assistant tells the story of her death, the camera slowly pans through the hotel room where her body was found, like a crime show reenactment.

Though much of the movie is spent in darkness, there are priceless moments too. What is more valuable than footage of teenage Whitney leading her church choir?

A family member in the movie mentions that when her life was falling apart, Houston would sometimes go to Michael Jackson’s house to hang out. They wouldn’t even talk, just sit and enjoy being in the company of someone who understood their unique and lonely troubles.

Houston’s career was legendary, and her family, life, and death are an American epic. It wouldn’t hurt to lock Whitney in a vault for aliens to find and watch in a post-human apocalypse, giving them a complex picture of one of our finest.