"Is this music, movie, TV show or literature ungodly?" 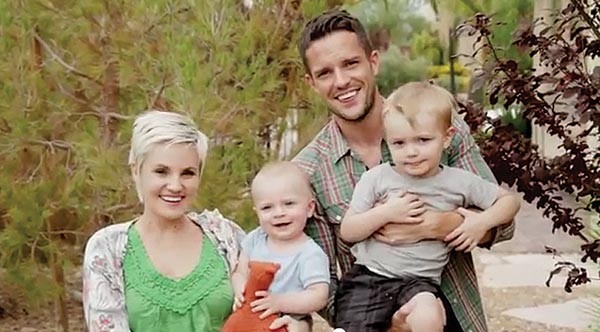 It's not Tommy Lee doing the chicken dance, but Brandon Flowers' participation in the "I'm a Mormon" campaign may be a contender for VH1's "Least Metal Moments."

The clip, part of a massive campaign launched in 2010 by the Church of Jesus Christ of Latter-day Saints (LDS), ends with the Killers frontman saying, "My name is Brandon Flowers. I'm a father, I'm a husband and I'm a Mormon."

Although church officials told The New York Times the campaign bears no connection to Mitt Romney's presidential bid, plenty of American voters are newly curious about what Mormons believe. Are they gonna have a beer with you? No. But do Mormons rock?

Mormons in Music (www.mormonmusic.org) lists 113 musicians and groups with LDS ties — from American Idol finalist David Archuleta and Brigham Young University ensembles, to Neon Trees to R&B legend Gladys Knight, and, yes, Donny and Marie Osmond. (The site is one of hundreds run by the pro-LDS More Good Foundation.)

Compared to the "devil's music" hysteria propagated by some evangelical Christians, LDS seems relaxed about popular music — perhaps it's neither a stairway to heaven nor a highway to hell.

The Church's website offers blandly wholesome advice on mindful participation in pop culture. One essay, "Mushrooms, Music, Movies and Magazines," suggests that music — heavy metal, hard rock, whatever — is a matter of personal conscience. "Is this music, movie, TV show or literature ungodly? For example, does it leave me feeling unworthy to approach my Heavenly Father in sincere prayer?"

The LDS church has long supported the arts, particularly music; Utah was the first to establish state funding through an arts agency.

"Knowing the history of the church and the Mormon pioneers," says Branden Campbell of the Neon Trees, "one of the things that I think really helped carry them through was songs and the arts."

Some rockers find their way to the church after wild days, such as Arthur Kane, of glam legends The New York Dolls. Others, raised in the church, may distance themselves, such as Win Butler of The Arcade Fire. Still others, like Low, keep their religious views guarded.

And then, there's Brandon Flowers.

"A lot of people love to come up to me and tell me they were raised in the church, and they expect there to be this camaraderie about 'Oh, we've outgrown it now and we're smart enough not to be in it,'" he says. "I was raised in it, and there's still a fire burning in there."