Disney Plus is an overt nostalgia grab, unless you're a kid 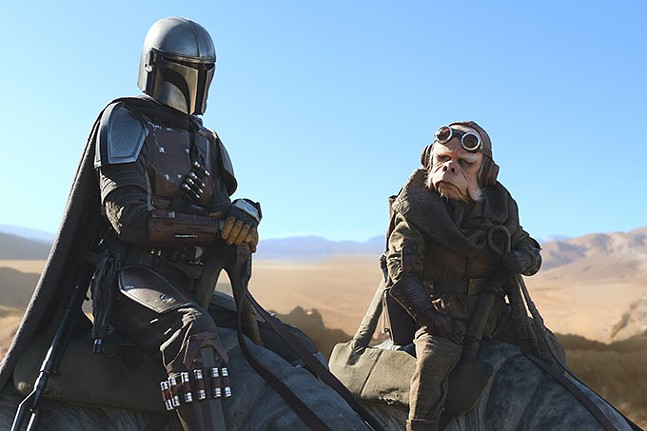 Lucasfilm Ltd.
The Mandalorian, a Star Wars show on Disney Plus

The increasing number of streaming services feels like the battle scene in a movie where the gang defeats the first crop of soldiers and breathe a sigh of relief, only to turn around see an even bigger mass of soldiers coming over the hill. I thought I knew how to watch TV, but more just keeps coming.

Last week, the Walt Disney Company launched its long-anticipated streaming service, Disney Plus. Because Disney also owns the Star Wars universe, the Marvel Universe, ESPN, Hulu, Fox, your soul, Pixar, and many others, the streaming service made a big splash. There were months of lead-up, with frequent announcements of original programming and an infamous Twitter thread listing nearly every Disney movie ever made – over 600 – available on the service, including classics, like Cinderella, and some you’ve never heard of in your whole life, like Justin Morgan Had a Horse.

I wanted to see what Disney Plus had to offer, and if its original content had any worth, so I signed up for a free trial. The journey was even darker than I expected. (Note: This is a review of watching Disney Plus as an adult. I’m sure if I had kids, it would be the best thing that’s ever happened to me). (Second note: Disney made $59 billion last year.)

Disney Plus is powered almost completely on nostalgia and assumes that viewers will be so overwhelmed with the desire to watch movies from their childhood (and show them to their children) that the whole family will eventually build a shrine to worship their new overlord. Nostalgia is a flimsy feeling though. While I loved Lizzie McGuire, I don’t actually want to go back and watch a show about middle school that I watched in elementary school (nor do I want to watch a reboot of Lizzie McGuire as an adult, a show coming soon to Disney Plus … The Lizzie McGuire Movie still slaps though.)

I watched three of the original shows available, and all were lackluster. The first was an episode of High School Musical: The Musical: The Series. The premise of this mockumentary-style show is that a new theater teacher (who, in this universe, was an extra in the original High School Musical) arrives at the school where they shot the original HSM and announces that the students will put on their own production of HSM. The teens all know the original HSM by heart, which is possibly revisionist history on Disney’s part to brainwash a new generation into loving old material that Disney can then repurpose into new material based on nostalgia they made up. Help!!!

Next up, I watched a show hosted by a beloved Pittsburgh icon whom I have no affection for: The World According to Jeff Goldblum. In this National Geographic show, Jeff Goldblum explores his curiosity for different topics, like ice cream or tattoos. In the episode I watched, he did a dive into sneaker culture. For something produced by Nat Geo, the show is surprisingly uninformative. Goldblum walks into a massive sneaker convention, having done seemingly no research. He goes to a custom sneaker designer who asks about the earth being flat. The history of sneakers is explained in a one-minute segment about the origin of rubber. It’s a show built on the idea that the quirkiness of Goldblum’s personality is enough to prop up a series, which it’s not. Also, he purrs too often.

Finally, The Mandalorian, a series that is in the Star Wars universe because Disney says it is. It takes place sometime after Return of the Jedi, and follows—you guessed it—a bounty hunter. Of course, there are weird-looking creatures, bartering scenes, cantina scenes, and a baby Yoda hatching out of a robotic egg.

I realized while scrolling through the Disney Plus offerings that, unlike Netflix or Hulu or any of the others, Disney is not going to use its freedom as a streaming service to release any content that isn’t family-friendly. If you are an adult, Disney Plus is a chaste nostalgia machine trying to take over your mind and body. If you are a kid, it probably rules.