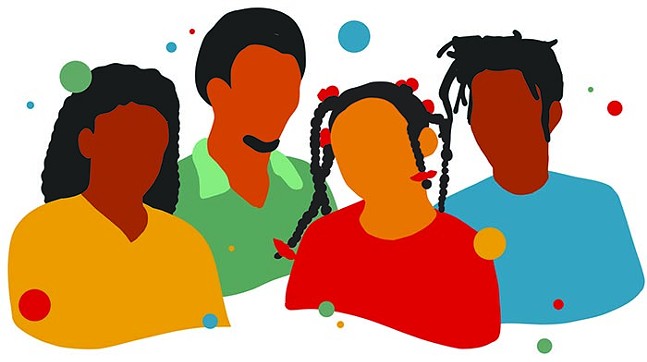 CP Illustration: Lucy Chen
I firmly believe I was born at the wrong time, even though being born in June of 1969 meant I saw the moon landing at one month old which shaped my love for the cosmos, if not my ability to get good grades in physics.

No, if I could choose any time to be born in, I would time it so I was 21 years old in the 1940s. I would go to all the jazz clubs from Manchester to the Hill to Downtown. I would be like my dad who saw every show that Charlie Parker performed, and witnessed every John Coltrane set at The Crawford Grill. I would have listened to Sarah Vaughan sing with Billy Eckstine, had my photo taken by Teenie Harris, jammed out to Mary Lou Williams, and smoked cigarettes with Duke Ellington and Billy Strayhorn. There would be at least one evening when I would have danced with one of the Nicholas brothers. Oh! I have it all mapped out in my head.

As a kid, I watched Black Horizons on WQED. We went to the Selma Burke Art Center in East Liberty. But I felt more surrounded by Black art inside my house than outside of it. As I got older, fewer and fewer places existed in Pittsburgh, and nothing like the multiple spaces of the mid-20th century that segregation, a larger population, and comparatively livable wages provided.

Like so many Gen Xers, I rushed out of Pittsburgh in the late 1980s. But unlike many of them, I returned in the early 2000s. There, I found Bridgespotters, a collective of Black artists who would do everything from exhibitions to happenings to just walking around town talking about art. (Isn’t being Black in Pittsburgh a form of creative expression, afterall?)

Of course, there was the legendary Shadow Lounge. If there had been a Pittsburgh-based Love Jones film, it would have made the perfect setting.

However, like those spaces before them, many of the people moved on and moved out. Or were pushed. Black and Brown artists who spoke too much truth to the too powerful could see their funding stopped (if they got any to begin with) or were asked to have it returned. Amazingly talented Black-led groups weren’t given the same multiple-year funding options as their white-led counterparts.

Now, in the wake of the resurgence of the Black Lives Matter movement, we’re seeing more attention and funding once again going to Black arts. It is now not enough to have a BLM sign in your yard, folks want to have Black art hanging on their walls, offices, and boardrooms. Though small compared to the investments made in white-led, white legacy organizations, some Black artists and Black-led arts groups have seen an increase in financial support and attention.

If we could really and truly invest in Black arts and Black creatives as the professionals they are, dismantle the white supremacy of the philanthropic community, and leave the often patronizing process of funding too little behind for real dollars ... If we could bring true leadership — including time and space, so precious to all, so precious to artists — then I would know that now is the perfect time for me to be a Black creative living and working in Pittsburgh.